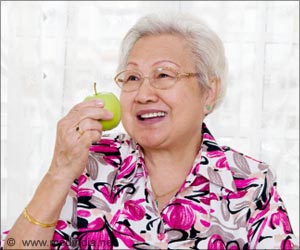 Chinese Americans with a history of abuse, lack of social support, and isolation from family, risk experiencing violence and elder abuse. Culturally customized care targeting older minorities is the need of the day.

Not enough is being done to prevent elder abuse in the Chinese American community, according to four new Rutgers studies published in the current edition of the Journal of the American Geriatrics Society.

The studies found that a history of abuse, lack of positive social support, and isolation from family significantly increase older Chinese Americans' risk of experiencing elder abuse, chronic health conditions, and even early death. Culturally-sensitive screening for a history of violence among minorities - the key to improving care - remains inadequate, however.


"Violence over the life course has a profoundly negative impact on victims' lives and our society," said lead researcher, XinQi Dong, director of the Rutgers Institute for Health, Health Care Policy and Aging Research and Chair of the National Health Collaborative on Violence and Abuse. "Our research found that violence is prevalent, cumulative and leads to significant adverse health outcomes, including poor physical and mental health, chronic pain, greater use of healthcare services, and increased risk of early death."
Advertisement
Researchers interviewed 3,157 Chinese Americans aged 60 and older and found child abuse, intimate partner violence, negative social support, and isolation from family were potential predictors of elder abuse, including psychological and physical mistreatment, caregiver neglect, and financial exploitation.

The articles illustrate how various factors contribute to increased risk of elder abuse.

Key findings:
The research findings continue to challenge the "model minority myth" - the misperception that the U.S. Asian populations are more economically prosperous, highly educated, have active social and familial relationships, and are healthier than the general population.

"The research has exposed the truth behind the myth," said Dr. Dong. "The truth is that older Chinese Americans are often economically vulnerable, less educated, and suffer from a wide range of health problems exacerbated by the lack of linguistically/culturally sensitive care."

According to Dong, healthcare professionals must work to develop culturally customized services for older minorities.

"Our research suggests that healthcare providers serve a critical role in interrupting the cycle of violence," Dong continued. "To ensure adequate, equitable, and culturally-sensitive care, healthcare providers, must overcome cultural and linguistic barriers to care."

Dong said, by assessing patients for a history of violence, inquiring into family dynamics- focusing on stressors like immigration and acculturation processes - and exploring sources of social support, providers can better screen for elder abuse and, ultimately, improve patients' quality of life.

Helpage India Launches SOS App to Curb Elder Abuse
India is facing a rise in elder abuse as many youngsters are abusing their parents both physically ....