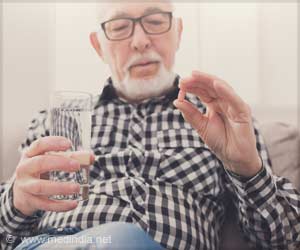 The prevalence and impact of six common symptoms (pain, fatigue, depression, anxiety, breathing difficulty, sleep problems) were examined by researchers and identified that nearly half of adults ages 65 and older have two or more of these symptoms and one-fourth have three or more.

But often clinicians miss these symptoms, and the more serious health issues they portend because patients only talk about one of these symptoms during a visit.

Ageing is referred to the accumulation of changes that brings a person closer to death.
Advertisement
‘Getting older does not suggest all Americans will struggle with symptoms as they age. A quarter of older Americans had no symptoms. ’

Findings from the national study of 7,609 U.S. Medicare beneficiaries were recently published by the Journal of the American Geriatrics Society.


"Our study shows that the report of multiple symptoms is common among older adults and increases the risk for a range of negative health outcomes over time, such as falls and hospitalization," said lead author Kushang Patel, research associate professor in anesthesiology and pain medicine at the University of Washington School of Medicine.

Study reviews the medical literature on traumatic brain injury sustained by adults 50 years of age or older.
Advertisement
The researchers assessed the patients' physical performance annually over a six-year period and monitored the occurrence of falls, disability, hospitalization, nursing home admission, and mortality.

The study defined symptoms as negative health-related experiences reported by patients but not observed by clinicians. Symptoms account for most outpatient visits and are among the leading causes of disability, the researchers said.

Patel and colleagues said that although many symptoms can be attributed to a specific disease or condition - such as chest pain with heart disease - often symptoms have multiple causes and can reinforce each other. For instance, Patel said, when older patients request to see a care provider about pain, they may also be experiencing fatigue and sleep difficulty. In fact, those three symptoms are the most common triad, affecting 4.7 million older Americans, the investigators reported.

"Our results indicate that the overall burden of symptoms is something the clinician should consider, as it may have an impact that is not apparent when just dealing with diseases and symptoms individually, one at a time," Patel said. "For many older adults, symptoms often interfere with accomplishing daily activities. Addressing symptoms gives clinicians an opportunity to identify the patient's goals and priorities, which can then help guide treatment decisions."

But for the nearly 50 percent of older Americans who experience two or more symptoms, the paper is a call for action in how health care is delivered for seniors, said an accompanying editorial. "These findings provide a clarion call for confronting head-on the problem of symptom burden in older adults," said Lauren Hunt and Alexander Smith, researchers in geriatrics at the University of California, San Francisco.

Hunt and Smith called for more investments in pharmacologic and nonpharmacological interventions and better training among the healthcare workforce to address the symptom burden in older adults. The United States is home to almost 50 million adults 65 and older, and this number is expected to grow to 95 million by 2060, according to the U.S. Census Bureau.

Today there are only 7,200 geriatricians and 6,400 palliative care physicians, and less than 1 percent of registered nurses specialize in geriatrics or palliative care, according to research cited in the editorial.

Surfactant Therapy can Ease Breathing in Patients with Lung Disease

Synthetic surfactant helps to treat lung disease and injury if the surfactant naturally present in lungs depletes, a study reports.

Find a Doctor Calculate Ideal Weight for Infants Drug Side Effects Calculator Selfie Addiction Calculator The Essence of Yoga Pregnancy Confirmation Calculator Drug Interaction Checker Vent Forte (Theophylline) Color Blindness Calculator A-Z Drug Brands in India
This site uses cookies to deliver our services.By using our site, you acknowledge that you have read and understand our Cookie Policy, Privacy Policy, and our Terms of Use  Ok, Got it. Close
×