Oils from Clove and Oregano can Help Preserve Bread Longer 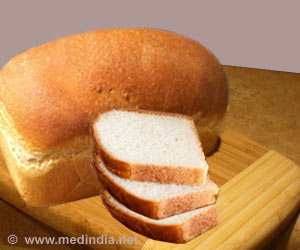 Nilda de F. F. Soares and colleagues note that the search for new ways to keep packaged food from spoiling has led some scientists to essential oils, which can keep bacteria and mold at bay. Oils from clove and oregano had already been incorporated into edible films. But scientists still needed to optimize the effectiveness of these films and test them under real-life conditions for other uses. So Soares's team decided to test how well different edible films with clove and oregano essential oils could maintain bread's freshness and see how they measured up against a commercial antimicrobial agent. Bread is a common staple around the world and is often kept fresh with calcium propionate. Though naturally occurring, some research suggesting negative side effects have tarnished its popularity.

Athletes can be physically fit by consuming a well balanced nutritious diet, which keeps them mentally alert not only during and after the sports events but all around the year. Here are some simple and essential diet and nutrition tips for athletes.
Advertisement

The scientists bought preservative-free bread and placed slices in plastic bags with or without essential oil-infused edible films. To some slices, they added a commercial preservative containing calcium propionate.


After 10 days, the latter additive lost its effectiveness, but the edible films made with small droplets of the oils continued to slow mold growth.
Source: Eurekalert

Correct diet and a planned exercise regime is the mantra of healthy and sustainable weight loss.
Advertisement
<< Expression of Genetic Obesity Risk may be Influenced by Sat...
Scientific Evidence Supporting E-Cigarettes Not Sufficient >>

Diet Management in Acidity and GERD

Do you suffer from GERD and acidity? Try out some very useful diet tips to reduce the problem and decrease your dependence on medication.