Seafood restaurants are grimly watching even as a deadly sludge seeps across Louisiana's wetlands and famed oyster beds. These organizations are wondering how badly their businesses will be hit.

In the Big Easy's lively French Quarter, diners can still feast on plates piled high with plump oysters, juicy shrimp and pink crabmeat already served up with a healthy dose of Cajun hospitality at a reasonable price.


But as strains of jazz lightened the mood the question on everyone's lips is "how much longer" as the huge oil spill continues to spew almost unchecked from a crippled rig off the Louisiana coast for more than a month now.


"They wouldn't be serving it if it wasn't safe," said Eric Bateman, 28, a San Francisco native sharing a plate of delicious charbroiled oysters with his wife at the Acme Oyster House.

"I'm really glad we came here before it affected everything," Nicky Bateman told AFP as they happily chowed down, saying she was sure the prices will soon start soaring.

Louisiana's fish and wildlife department on Saturday expanded its closures of recreational and commercial fishing areas as the slick spread across coastal waters.

Huge swaths of the Gulf of Mexico are also closed and experts warn that the toxic oil could impact fisheries for years to come.

The five US Gulf states -- Texas, Louisiana, Mississippi, Alabama and Florida -- account for about 16 percent of all US seafood production.

The largest portion of the Gulf harvest is shrimp, which accounts for more than 90 percent of domestic production and plays a huge role in local cuisine -- including beloved gumbo and jambalaya.

Louisiana also supplies a third of the nation's oysters, and restaurant owners and their suppliers throughout the region have already begun paying higher prices.

Wholesalers who used to be able to drive down to nearby docks are now importing fish from other parts of the country and even as far away as South America.

"We try to stay with product indigenous to this area," said Steve Shonkoff, a salesman with the Louisiana Seafood Exchange, one of the state's largest wholesalers which serves several hundred restaurants.

"If we're forced to go to other areas, though, we go there and that's what we sell," he told AFP.

"I'm sure restaurants aren't going to close because they're not serving Louisiana crabmeat."

But while his company may be willing to go outside of the region to get shrimp, crabmeat and fin fish for local tables and markets, Shonkoff said it is largely unwilling to make exceptions on oysters, and few other wholesalers will as well.

"There's no other oysters like our oysters," he boasted.

Some restaurants have already reportedly taken oysters off the menu because of rising prices and others are expanding their offerings of crawfish, alligator and catfish -- local freshwater delicacies which should be safe from the spill.

"We're going to engineer the menu a little bit different."

In the past few weeks, the restaurant has started adding more and more imported or farm-raised fish to its menu.

It's been an adjustment for the head chef, who told Wollerman "It's kinda odd that the freshest fish I had in the house today came from Alaska." 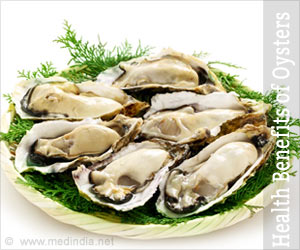