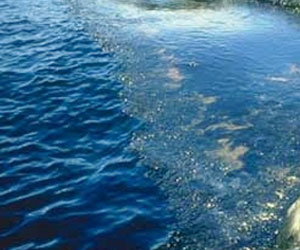 Oil majors, ExxonMobil, Chevron Corp., Conoco Phillips and Shell Oil are coming together to contain future spills. The move was announced on the very day the US House of Representatives passed a legislation to improve oil exploration techniques and oil spill cleanup to prevent future disasters.

Wednesday's bill creates a federal research commission that would focus on preventing oil spills and ways to respond to any future oil leaks.

The explosion of oil rig Deepwater Horizon on April 20 seems to have unleashed an almost uncontrollable chain of events.
Advertisement


"In the wake of the disastrous BP oil spill, it is the responsibility of this Congress to act to hold BP accountable, support the families and businesses of the Gulf, and prepare for unforeseen disasters," House Speaker Nancy Pelosi said in a statement.

Even as the British oil giant BP is still struggling to cap the well spewing out oil into the Gulf of Mexico, reports speak of another catastrophe from China.
Advertisement
Political fallout has grown over the massive oil spill, triggered after an explosion ripped through a BP-leased oil rig three months ago, unleashing a torrent of toxic crude that has sullied coastlines in five states.

Apparently seeking to assuage the politicos, Exxon and other said Wednesday they've agreed to pool $1 billion to form a new company that would respond to offshore oil spills at up to 10,000 feet underwater. The system would deploy equipment that could arrive at a spill within days and be fully operational within weeks, the companies said.

Ironically though BP, whose blown-out well has leaked as much as 180 million gallons of oil into the Gulf of Mexico hasn't joined the new initiative. The new system is supposed to draw on lessons learned from BP's efforts and uses some similar equipment. The four companies say efforts will be made to ensure the equipment doesn't break down under extreme pressures and depths.

The response system will include an array of underwater equipment designed to create a permanent connection and seal over a busted well. It will separate oil from gas and bring it to the surface where the gas can be burned off and the oil can be stored on tankers.

The companies say the system could capture up to 100,000 barrels  4.2 million gallons  of oil in depths of up to 10,000 feet, twice as deep as the waters BP was operating in. The four were not involved in the Gulf oil spill, but each rely on offshore drilling to generate significant revenue. Shell and Chevron have prominent drilling operations in the Gulf. According to their joint statement, the four companies will create a nonprofit organization called the Marine Well Containment Company to operate and maintain the response system. ExxonMobil will lead the effort and other companies will be invited to participate.

ExxonMobil spokeswoman Karen Matusic said oil executives have been meeting over the past weeks to devise ways to handle another spill. About 40 engineers from the four companies have been working in Houston on this solution.

The system's similarities to what BP has used concerns U.S. Rep. Edward Markey, D-Mass., one of the harshest critics of the industry's disaster planning.

While the new system could be deployed rapidly, "the oil companies must do better than BP's current apparatus with a fresh coat of paint," he said.

He said the announcement of the containment system could be a positive step, "but it cannot be the industry's last," adding that what's needed are technologies "that will prevent fatal blowouts in the first place."

Another bill passed by the House called on Energy Secretary Steven Chu to launch a research program to better control oil exploration and the safety of oil and gas wells.

Several other measures related to the oil spill are also currently awaiting action in Congress.

Marine Life Under Threat From Oil Spill Off Australian Coast

Marine life is under serious threat from an oil spill off Australian coast, it is feared.
Advertisement
Advertisement