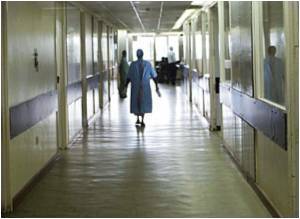 Offsprings of male cancer survivors carry a higher risk of congenital birth abnormalities as compared with children of fathers with no history of cancer.

The increasing number of male cancer survivors has given rise to concerns about the health of their offspring. Although previous studies on children conceived naturally have been reassuring about the health of the children, very few studies have looked at results among children conceived through assisted reproductive technologies (ARTs) such as in vitro fertilization or intracytoplasmatic sperm injection.

The U.S. Food and Drug Administration approved on Friday the first 3-D mammography device for screening and diagnosis of breast cancer.
Advertisement

To determine the effects of paternal cancer and ARTs on pregnancy outcomes, O. Ståhl, M.D., Ph.D., of Lund University Hospital in Sweden, and colleagues, did a cohort study of children born in Sweden and Denmark between 1994 and 2004. Using the Danish Civil Registration System, the Swedish Total Population Register and the Swedish Multigenerational Register, and the Danish and Swedish cancer registries, the researchers identified 8670 children with a paternal history of cancer, 8162 of whom were conceived naturally and 508 through ARTs.


The researchers found that a paternal history of cancer was associated with a 17% increased relative risk of major congenital malformations (however, the absolute risk was only 3.7% compared to 3.2% for offspring of males without any history of cancer), regardless of mode of conception. Indeed, the researchers found that the usage of assisted reproductive technologies for conception did not cause any statistically significant increase in the risk of malformations among offspring compared to natural conception.

Cardiac Disease, Cancer, Drug Abuse can be Spotted by Technology in Human Trials

A new microchip technology, which is expected to advance the art of diagnosis has been developed by Rice University scientists.
Advertisement
The researchers write: "We observed a statistically significant but modest increase in the risk of major congenital abnormalities among offspring of males with a history of cancer, independent of the mode of conception."

Although the researchers were unable to examine the effect of specific treatments, they conducted sub-analyses of cancers that receive similar treatments. For example, whereas hematological malignancies, generally treated with chemotherapy, were associated with a non-statistically significant increased risk of congenital abnormalities in children with paternal history of cancer compared to those without, no such increased risk was seen with children with a paternal history of testicular seminoma, which is generally treated with radiotherapy.

In an accompanying editorial, Lisa B. Signorello, ScD, of the International Epidemiology Institute and Vanderbilt University, and colleagues, write that the study findings are "overall quite reassuring," but incomplete, because of limited treatment data for cancer survivors and the fact that it was restricted to male cancer survivors. The authors also point out that a possible link, as interpreted by the authors, between paternal history of cancer and congenital abnormalities in offspring "defies nearly all relevant epidemiological evidence to date."

Furthermore, they write that possible explanations of the slightly elevated rate of congenital abnormalities among male offspring in Denmark and Sweden is heightened surveillance in children whose parents have had serious, sometimes inherited disease.

Although most evidence goes against the probability that cancer treatment is associated with genetic damage in offspring, the authors write, it is still an important issue to study, especially as patients undergo DNA-damaging treatments that interfere with molecular processes. "We still do not know how sensitive or tolerant the human germ cell is to these mutagenic insults," the authors write.

French and American scientists have found that two tumor inhibiting drugs can increase the progression-free survival for patients suffering from a rare type of pancreatic cancer.
Advertisement
Advertisement