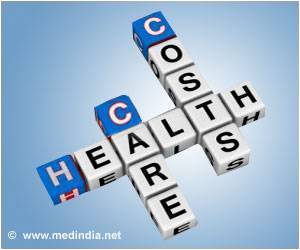 Chicago Governor Terry Branstad urged the Legislature on Friday to make it compulsory for elected officials to pay more for their health insurance.

He questioned why 84 percent of state employees paid nothing toward their health insurance and added that people needed to take ownership of their own health.

The enrollment in Medicare Advantage Plans have increased by 9.4% than the previous year and fees are 7.2% lower, according to a U.S. official who credited the 2010 health-care law for the gains.
Advertisement

Branstad suggested that elected officials pay 20 percent of their health care costs and set an example for other state workers. He was speaking on the public television program, Iowa Press.


Earlier this week, Republican lawmakers proposed that all state workers pay $200 a month toward their health insurance. But Branstad knew there'd be a big hurdle to clear. In the meantime, Danny Homan, head of the largest state worker union, said he had 'no intention' of reopening the contract.

Consumer Watchdog in Santa Monica, proposed an initiative which'll make it mandatory for health insurance companies to seek permission from the State Insurance Commissioner before raising premiums.
Advertisement
The governor didn't give an estimate of how much the state would save if elected officials were forced to pay 20 percent, a figure that he conceded was arbitrary. However, Branstad argued many private-sector workers wished they were responsible for just 20 percent of health care costs. He said he could appreciate the issue, as he paid for health insurance after his first tenure as governor.