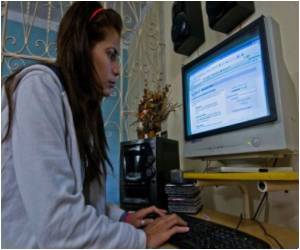 According to a website survey, the most hateful nickname for an office going woman was "Love" followed closely by "Darlin", "Babe" and "Mate".

The online market research firm www.onepoll.com went on to add that most of the women find it unacceptable to be called by a nickname in the office with more than a quarter of the 3,000 odd women who took part in the survey admitting that it makes them very angry.

Most of the women find being labeled "love" as being overly friendly while "babe" was viewed as being patronizing. The majority of the women revealed that such nicknames came up when they were having a face-to-face conversation with their colleagues.


"Guys might think they are being affectionate by calling someone babe or love, but it seems women simply find them patronizing and demeaning. These results show that women clearly aren't happy to be called by anything other than their name", a spokesman for the firm said.

Online Depression Screening Test tells if you have mild or chronic depression based on your depression symptoms. Learn how to deal with depression by using this self-assessment calculator.