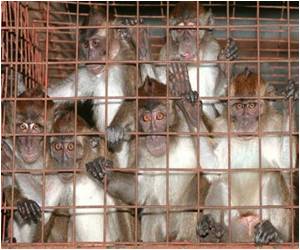 The study by Alissa Ferry, lead author and currently a postdoctoral fellow in the Language, Cognition and Development Lab at the Scuola Internationale Superiore di Studi Avanzati in Trieste, Italy, together with Northwestern University colleagues, has suggested that the responses of human infants to the vocalizations of non-human primates also shed light on the developmental origin of early link between speech and cognition.

The new findings document that for young infants, listening to the vocalizations of humans and non-human primates supports the fundamental cognitive process of categorization. From this broad beginning, the infant mind identifies which signals are part of their language and begins to systematically link these signals to meaning.


Furthermore, the researchers found that infants' response to non-human primate vocalizations at three and four months was not just due to the sounds' acoustic complexity, as infants who heard backward human speech segments failed to form object categories at any age.
Advertisement
"For me, the most stunning aspect of these findings is that an unfamiliar sound like a lemur call confers precisely the same effect as human language for 3- and 4-month-old infants. More broadly, this finding implies that the origins of the link between language and categorization cannot be derived from learning alone," Susan Hespos, co-author and associate professor of psychology at Northwestern said.

Primates too can Move in Unison: Japanese Researchers
Primates modify their body movements to be in tune with others, just like humans do....