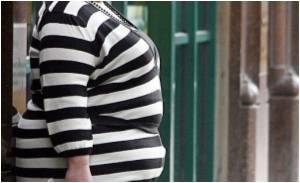 The recently concluded National Adult Nutrition Survey in Ireland has thrown up a worrying statistic with figures revealing that the rate of obesity in the country has more than tripled in just two decades.

According to the survey, the total number of obese men in 1990 was just over 8 percent but has now shot above 26 percent in 2010 while obesity rates among women also increased from 13 percent to 21 percent.

Childhood obesity is one of the most serious health challenges in the developing countries and needs to be understood and tackled effectively.
Advertisement
<< Study Shows Sensory Wiring for Odours Varies Among Individu...
Cholesterol Regulator Plays Key Role in Development of Live... >>

How to Reduce School Bag Weight - Simple Tips Pregnancy Confirmation Calculator Indian Medical Journals Sinopril (2mg) (Lacidipine) Find a Hospital Iron Intake Calculator Vent Forte (Theophylline) Sanatogen Drug Side Effects Calculator Accident and Trauma Care
This site uses cookies to deliver our services.By using our site, you acknowledge that you have read and understand our Cookie Policy, Privacy Policy, and our Terms of Use  Ok, Got it. Close
×