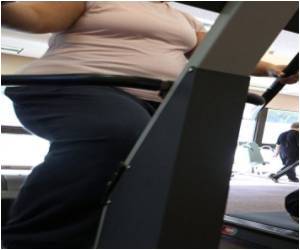 Obese teenagers get involved in high-risk behavior as much as their healthy weight peers do, the only difference being they are more intense in what they do, reports a study.

The study was carried out by researchers at the Cincinnati Children's Hospital Medical Center who analyzed data from a nationwide survey conducted in 2007 by the Centers of Disease Control and Prevention.  They compared 410 extremely obese high school students with 8,669 of their peers who had a healthy weight.   Questions were asked about smoking cigarettes, the use of drugs or alcohol, sexual behaviors and thoughts of suicide. Both the groups had gone through similar experiences, although some surprising results came up.

Although it was a common belief that social isolations and stigma would inhibit obese teenagers from engaging in risky behavior, the researchers in this study found the opposite to be true.


Obese people, especially young girls, were more likely than others to smoke, drink and get high on drugs. And under the influence of drugs or alcohol they are more likely to have sex.

Tobacco use in women is on the rise. The health risks of tobacco are far too many has never done a woman any good psychologically or health-wise.
Advertisement
As senior study author Meg Zeller, from the Cincinnati Children's Hospital Medical Center,  states, "Not only are they at health risk, but they also are typical teens and they're struggling with the same things that potentially other teens are struggling with."

She adds, "These kids are suffering medically and psychosocially, and now we know that they're also engaging in high-risk behaviors. That could be a lethal combination."

The research highlighted the need to set preconceptions aside and to understand the mental and health issues that obese teenagers face.

Social drinking amongst women has become a fad. Stop it before it finishes you.
Advertisement
<< Cholera Outbreak in Cameroon
Travelers Advised to Take Adequate Precautions Against Mala... >>