Obesity Linked to Development of Arthritis 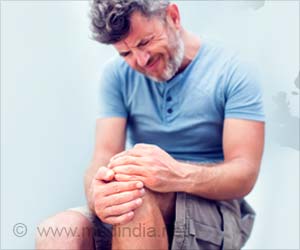 Weight loss between young adulthood and midlife, lowers the risk of developing arthritis. The study by Boston University School of Public Health (BUSPH) showed no evidence of persistent risk of arthritis in people who were heavier earlier in life and then lost weight.

The study, published in the journal Arthritis Care & Research, also estimates that nearly a quarter of arthritis cases in the U.S., corresponding to 2.7 million people, are attributable to excess weight.

"Policies that address the social and structural factors that promote weight gain are urgently needed. Our findings suggest that such measures could have a significant impact on reducing the incidence of arthritis, a leading cause of disability and chronic pain in the US," says study corresponding author Dr. Andrew Stokes, assistant professor of global health at BUSPH.


‘There is a critical need to expand obesity treatment and prevention at younger ages as an important step to curb later life musculoskeletal and joint health problems such as osteoarthritis.’
Read More..


"Although weight loss could represent a viable way to reduce arthritis risk at the individual level, we found that the best solution at the population level would be to prevent weight gain," says study lead author and BUSPH alumna Kaitlyn Berry, who was a research fellow at BUSPH while working on the study and is now at the University of Minnesota School of Public Health.

The researchers used data from the National Health and Nutrition Examination Survey (NHANES) on adults 40-69 years old, to categorize individuals based on the changes in their body mass indices (BMI) from early adulthood to mid-life, and analyzed the association between these BMI trajectories and the risk of developing an arthritis condition within 10 years.

"These findings highlight the need for lifelong public health measures to prevent obesity at younger ages as an important step to curb later life musculoskeletal and joint health problems such as osteoarthritis. This is particularly important as musculoskeletal pain is a leading cause of disability globally," says study co-author Dr. Tuhina Neogi, professor of epidemiology at BUSPH, professor of medicine at the Boston University School of Medicine, and chief of rheumatology at Boston Medical Center.

Polyarthritis
Polyarthritis refers to pain in four or more joints simultaneously due to various causes ranging from infection to autoimmune cause. It may be acute or chronic lasting over six weeks. Treatment aims to reduce pain and inflammation
READ MORE