Obesity in midlife is associated with a higher risk of dementia later in life for women, but poor diet and lack of exercise are not, reports a new study. The findings of the study are published in the Neurology.

"Some previous studies have suggested a poor diet or a lack of exercise may increase a person's risk of dementia," said study author Sarah Floud, Ph.D., of the Nuffield Department of Population Health at the University of Oxford in the United Kingdom. "However, our study found these factors are not linked to the long-term risk of dementia. Short-term associations between these factors and dementia risk are likely to reflect changes in behavior, such as eating poorly and being inactive, due to early symptoms of dementia."


BMI is a measure of a person's body size based on their height and weight. For the study, a BMI between 20 and 25 was considered desirable, and a BMI of 30 or higher was considered obese. Women who reported exercising less than once per week were considered inactive. Those who exercised more often were considered active. Women's reported usual diet was used to calculate their calorie intake.

Researchers then followed the women for an average of 18 years. After 15 years from the start of the study, 18,695 women were diagnosed with dementia.

Researchers adjusted for age, education, smoking, and many other factors. They found that women who were obese at the start of the study had, in the long-term, a 21-percent greater risk of dementia compared to women with a desirable BMI. Among the obese women, 2.1 percent, or 3,948 of 177,991 women, were diagnosed with dementia. This is compared to 1.6 percent of women with desirable BMI, or 7,248 of 434,923 women, who were diagnosed with the disease.

However, while low-calorie intake and inactivity were associated with a higher risk of dementia during the first ten years of the study, these associations weakened substantially, and after 15 years, neither was strongly linked to dementia risk.

"Other studies have shown that people become inactive and lose weight up to a decade before they are diagnosed with dementia," said Floud. "The short-term links between dementia, inactivity, and low-calorie intake are likely to be the result of the earliest signs of the disease before symptoms start to show."

Floud continued, "On the other hand, obesity in midlife was linked with dementia 15 or more years later."

A limitation of the study was that it looked at women only, so the results may not be the same for men. 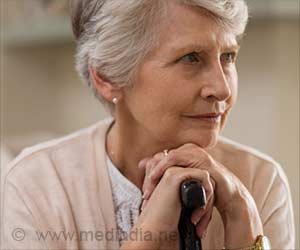 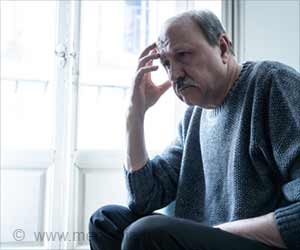 Most Seniors With Dementia Live at Home: Heres Why
Most seniors with dementia in the US live at home instead of nursing homes or residential facilities. Reasons for this are cost, the familiarity of home surroundings, and consistent living environment and caregivers.
READ MORE