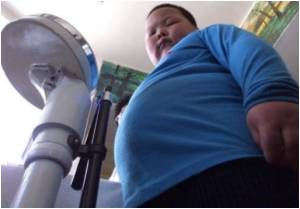 A new study has found that obesity is a risk factor for depressive symptoms, but not for clinical depression, suggesting that weight status could play a part in the development of depression in some teenage girls.

"This is important, because depressive symptoms are considered a precursor to major depression," said lead author Kerri Boutelle, associate professor of paediatrics and psychiatry at the University of California, San Diego School of Medicine.

Knowing that the teenage years are often a tumultuous period in a young person's life, Boutelle and her colleagues set out to determine whether obesity contributes to the development of depression among youth.


Using a structured psychiatric interview test, assessors gathered responses from almost 500 girls between the ages of 13 and 16 years, of various ethnicities.

"We are indeed much more than what we eat, but what we eat can nevertheless help us to be much more than what we are". - Adelle Davis There are thousands out there battling 'the bulge'. With childhood obesity on the rise even children are not spared. If your weight issues are threatening to weigh you down learn more about obesity by taking part in this quiz.
Advertisement
To receive a diagnosis of depression, the girls had to report the presence and severity of at least five symptoms. At each of four yearly assessments, the girls were weighed and measured.

Data from the interviews indicated that obese status was associated with an increase in depressive symptoms, but not Major Depression.

"Based on our findings, I would encourage parents, teachers and physicians to monitor overweight and obese girls for depressive symptoms, and refer them for evaluation if they are concerned," said Boutelle.

The results of the study appeared in the May 21st issue of Health Psychology.