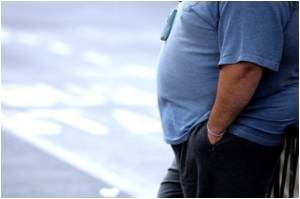 Obese and morbidly obese patients are at significantly greater risk of complications after a total hip reconstruction than non-obese patients, according to research published in the Medical Journal of Australia.

Prof Peter Choong, Director of the Department of Orthopedics at St Vincent's Hospital, Melbourne, and co-authors conducted a prospective study of 471 patients who underwent total hip arthroplasty (THA) between 2006 and 2007.

They found that the risk of complications in the first 12 months after THA increased by seven per cent for each unit increase in body mass index (BMI), after adjusting for age and sex, with morbidly obese patients having an almost six fold higher complication rate than non-obese patients.


Prof Choong said that despite the significant reduction in pain and improvement in function reported in obese and morbidly obese patients, the study found that clinically significant weight loss in these patients after THA was uncommon.

"Functional ability is only one of a number of factors that affect a person's willingness to participate in physical activity (and thus aid weight loss) after surgery," Prof Choong said.

"Several variables not recorded in our study have been found to be associated with motivation to participate in physical activity, including cost, accessibility, knowledge, cultural influences, socio-economic status and self-efficacy."

Prof Choong said poorer mental health might present another barrier to participation in physical activity, with the study finding that weight gain after THA was associated with poorer preoperative mental health scores.

"Before consenting to surgery, obese patients should be counseled about the high risk of adverse events," he said.

"Interventions targeting weight loss and health improvement in obese patients undergoing THA are yet to be tested, and this should be the focus of future research."

The problem of excess weight can be effectively dealt with, by the practice of yoga, which helps to shed unnecessary fat and keep the body in shape and in good health.Yoga - obesity cause
Advertisement
Advertisement