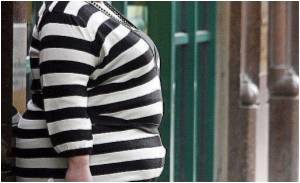 Middle-aged men could soon use an exercise-based boxing video game to improve their health.

Researchers are using the game to enthuse a population that is typically reluctant to take up sport or exercise.

The game has a homegrown motion capture rig built from LED clusters and inertial measurement units.


And researchers feel that social clubs in Teesside could be a venue for the trials of the technology and the approach to improving fitness and health.

Low calorie meals or diet include foods that are high on nutritional content and yet have fewer calories. Updated information about low calorie diet or low calorie foods and its health benefits.
Advertisement
Project leader Dr Iain Spears from the University of Teesside said despite the success of the Wii and its motion capture system, it was necessary for the researchers to make their own system to ensure that participants could not cheat.

Alternative console-based motion capture systems based around cameras were also unsuitable, he said, because their frame rates were typically too slow to capture the high-speed movements of participants.

However, the homegrown system is based around a combination of sensors set on a controller in each hand, a headband and a chest piece.

The two controllers for the hands are linked to the belt via a rubber resistance band so participants have to expend real effort to throw a punch.

LEDs on the hand-held controllers, chest piece and headband allow a computer system to keep an eye on fist, body and head movements.

"It's basically a cross between the new Sony PlayStation Move and Nintendo Wii controllers," said Spears.

The "exergaming" system being developed is based around shadow boxing against a computer opponent.

As well as striking the opponent, players will also have to avoid being struck by the computer-controlled sparring partner.

"The exercise will be high-intensity interval training, with relatively brief periods of playing the game interspersed with recovery periods, like a scaled down version of boxing rounds," the BBC quoted Dr Alan Batterham, a professor of exercise science who is a co-researcher on the project, as saying.

"There is a growing body of evidence that brief, relatively high-intensity exercise of this type is beneficial for health.

"We are developing and pilot testing the exercise programme, but we believe that a 10-15 minute session in total, three times a week, may be sufficient to benefit participants," he added.

"It's a way of getting people to do the activity associated with boxing in a safe environment where they are not getting hit on the head," said Spears.

If the trial of the exergaming system proves successful, the team plans to apply for more cash to expand the number of people that go through it, said Spears.