Obamacare's Health Exchanges may be Free of Customers 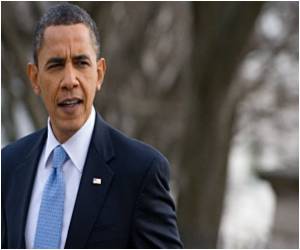 CEO Stephen Hemsley, of United Group Inc. - warned that he and his peers may not participate in the Federal run online Health Exchanges, where customers and small businesses could shop for policies next year.

"We will only participate in exchanges that we assess to be fair, commercially sustainable and provide a reasonable return on the capital they will require," CEO Stephen Hemsley said.

If insurers do not participate in Obamacare, consumers will find it difficult to buy affordable options, with a limited choice and higher prices. Taxpayers could be hit hard as higher premiums will need more public spending on subsidies.


For insurers to participate in the federal exchanges, they have to adhere to the costly rules by the government and also go by the varying standards of different states - plus meet the restrictions on pricing the products. They will also be liable to pay a fee to sell insurance on the exchanges which may be 3.5% at a minimum from each customer's premium and increase from there on.
Advertisement
Insurers will need to establish a local network provider in the states where they participate. Their profit margins will be low and according to The Wall Street Journal - insurers expected a 3-5 % profit at least.

Sheryl Skolnick, an insurance analyst for CRT Capital Group, told the Associated Press, "There is a significant risk . . . that if the economics on the exchanges are not favorable, they're simply not going to participate."

Unitedhealth Group may participate in 10 -25 exchanges, while the Aetna group may join 15 of the 100 exchanges approximately. The feasibility of the exchanges depends on the government subsidies given to insurance covers.

In the future- with the rising costs, the Congress may not want to or be able to afford to subsidize the exchanges so as to ensure participation by both consumers and insurers.

The bottom line is if insurers choose not to participate in Obamacre's exchanges, the federal government will lose control of their health reform effort. Consumers will end up paying higher costs.