Obama Says He Will Never Dye His Hair 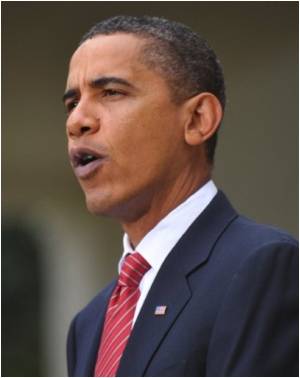 US President Barack Obama has said that neither has he dyed his hair nor neither does he intend to. This revelation was made on ABC's 'Live with Kelly and Michael'.

Rumors have been swirling aout him having dyed his hair since the White House unveiled Obama's presidential portrait in 2008, ABC News reported.

A few men are only in their twenties when they begin to lose hair, but by the time men reach their fifties, more than 50% of them have what doctors would call 'significant hair loss'.
Advertisement

First Lady Michelle rubbished the rumours in 2011, saying that if Barack had known that he would be president, he would have started dying his hair, about 10 years ago.


When asked if he had ever considered dying his hair, Barack said that he has not, asserting that he sees Michelle in the hair salon and finds that it's just too much work.

He added that it takes his barber just 20 minutes to cut his hair.

Surgical and medical hair restoration can help really 'restore' all the hair you have lost.
Advertisement
<< Most Women Regret After Having Cosmetic Surgery
Study Reveals Why Women Wearing Perfume Seem More Attractiv... >>

Top tips to prevent hair loss and keeping yourself from getting bald.