Obama, Hillary Amid Most Admired by Americans Claims Polls 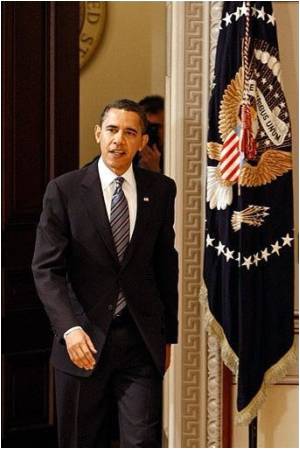 Many Americans hold President Barack Obama and Secretary of State Hillary Clinton to be admirable than any other figure, according to a survey.

When asked without prompting to name the living man and woman whom they most admire in the world, Gallup poll found that Obama and Clinton each received 17 percent of all mentions.
Advertisement


Obama won the title of most admired man for the fourth consecutive year, followed by George W. Bush, Bill Clinton, the Rev. Billy Graham and Warren Buffett, ABC News reports.
Advertisement
The lists, which Gallup has compiled nearly every year since 1948, are a mix of popular, high profile leaders in politics, business, charitable causes and entertainment.

Of particular note this year, according to Gallup, are newcomers to the men's list: Buffett and Thomas Monson, president of the Church of Jesus Christ of Latter-day Saints.

On the women's list, Sarah Palin fell from her second-place slot, which she has held since 2008, to fourth place.

Highest Suicide Record Among US Soldiers, a Tragic Reminder of High War Costs : Barack Obama
In a report, the army said the 115 confirmed suicides raised the suicide rate to 18.8 percent per .....

Barack Obama Under Intense Pressure Over Climate Change Targets
Everyone knew that Barack Obama would be inheriting huge challenges, thanks to the skewed policies ....