"We are now closer than ever before to passing health reform. But we're not there yet," Obama said in a hastily prepared statement after the 14-9 vote in the Senate Finance Committee.

US President Barack Obama's historic drive to overhaul US health care hit a speed bump this week amid firm opposition from fellow Democrats, and may collide with other top priorities come September.
Advertisement 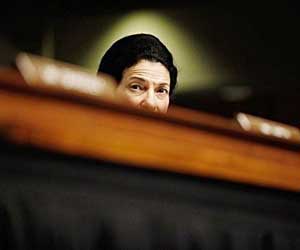 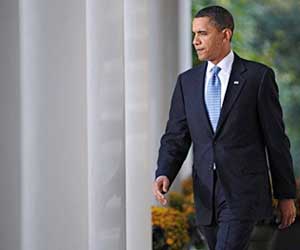 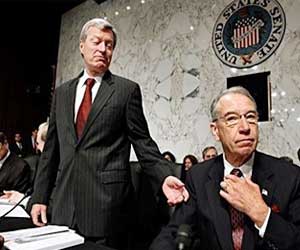 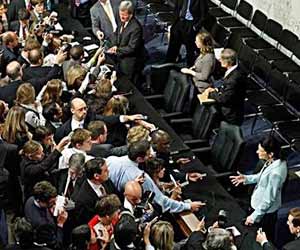 "This bill is not perfect, and we have a lot of difficult work ahead of us. There's still significant details and disagreements to be worked out over the next several weeks," the president said.


Nevertheless, Obama called its passage a "critical milestone" that "goes a long way to ensuring security to those who have insurance and affordable options to those who don't."

President Barack Obama's Thursday meeting with six members of the Finance Committee was just an opportunity for an update and was not a negotiating session, the White House said.
Advertisement
With support from one solitary Republican, Senator Olympia Snowe, Obama's Democratic allies pushed through a 10-year, 829-billion-dollar plan to cut costs and insure some of the 46 million people in the United States who currently lack coverage.

Ultimately, the Senate and House must pass the same bill -- after agreeing on a compromise version if, as seems likely, they first approve different measures.

The three House committees and two Senate committees with jurisdiction over health care have now approved versions of the legislation, a goal that eluded then-president Bill Clinton's reform push in 1993.

Apart from Snowe's vote on the finance committee, however, none has enjoyed any Republican support.

"When history calls, history calls," said the senator from Maine, who warned that she should not be taken for granted as the process churns forward: "My vote today is my vote today, it doesn't forecast what it will be tomorrow."

The next step is for top senators, led by Democratic Majority Leader Harry Reid, to huddle with senior White House officials and merge the Baucus bill with health care legislation that has cleared the Senate's health committee.

Reid underlined that he wanted "a bill that can garner 60 votes in the Senate" -- the number needed to ensure the ability to overrun parliamentary tactics that can indefinitely delay a final vote.

In the House, the chairmen of the committees that have passed health care legislation said in a joint statement that they had "nearly finished blending the bills" into one measure.

Democratic unity is far from guaranteed, amid intra-party feuds over how to pay for the massive overhaul and whether to include a government-backed insurance plan popularly known as a "public option."

Key senators and Democratic House leaders have said they want the final legislation to include a public option, while swing-vote lawmakers have balked amid growing public unease about government spending.

Democratic Senator Bernie Sanders, a fervent public option backer, called the finance committee's measure "extremely weak" and vowed that "as the bill moves forward, we can do much better."

Republicans have charged that the president's approach will do nothing to curb health care costs while giving the government too much of a say in how the US public gets medical care.

Senate Republican Minority Leader Mitch McConnell predicted that "the bill written behind closed doors here in the Capitol will be another 1,000-page, trillion-dollar Washington takeover."

Last week, the non-partisan Congressional Budget Office (CBO) boosted the cause of health reform advocates, saying the draft Finance Committee effort would cut the deficit by 81 billion dollars over 10 years.

Lawmakers remain divided on volatile issues like the public option, on the impact on Americans who already have insurance, on whether to cover access to abortion, and other matters.

"Let me be crystal clear -- this yes vote is not an endorsement of this bill as it stands today," said Democratic Senator Jay Rockefeller of West Virginia, an ardent public option supporter.

"I am pragmatic about when it?s time to move forward," he said, adding: "I voted my hope for the next steps of this process, and so I voted yes.

President Barack Obama hailed Saturday a key congressional committee's approval of a bill embracing his plan to overhaul the US healthcare system as a historic consensus.
Advertisement
<< 1 In 10 Teenage Girls Miss Two Meals A Day Thinking They Are...
Swine Flu Less Deadly Than Seasonal Flu: Official >>