Obama Adds $50 Million To 'Finish the Fight' Against AIDS 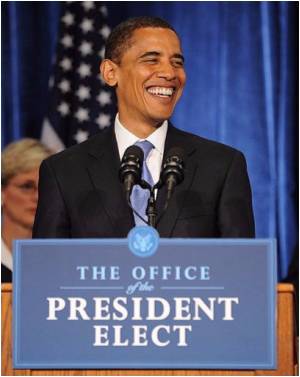 "We can beat this disease," Obama said at an event to mark World AIDS Day which included speeches by satellite from former presidents Bill Clinton and George W. Bush and appearances by U2 singer Bono and pop-soul singer Alicia Keys.

"We have saved so many lives, let's finish the fight."


About 1.2 million Americans are among the 34 million people worldwide who were living with HIV/AIDS in 2010, a year when 1.8 million people died, down from a peak of 2.2 million five years earlier.

Statistics tell us that the world HIV+ population has risen drastically from 8 million in 1990 to a whopping 33 million in 2007! Even more alarming is the fact that young people (below the age of 25) account for half of these infections! This is adequate proof for the lack of awareness among the general public even in these modern times. So take our quiz and brush up on the essential facts of HIV/
Advertisement
Despite many advances in treatment and survival since the epidemic first surfaced 30 years ago, a UN report said this week that funding dropped to $15 billion globally last year, down from $15.9 billion in 2009.

Experts say that is well short of the $24 billion needed by 2015 to mount an effective global response.

As Obama battles Republican lawmakers over US budget priorities amid a mounting deficit, a White House official stressed that the new boost in funds "will all be done within existing resources and not require congressional approval."

Internationally, Obama said the United States has set "a new target of helping six million people get on treatment by the end of 2013."

Obama said the United States currently helps four million people around the world get antiretroviral treatment, and last year gave "600,000 HIV-positive mothers access to drugs so that 200,000 babies could be born HIV-free."

Obama also appealed to global partners, including China, to step up their efforts to end AIDS.

"Here's my message to everyone out there. To the global community -- join us," he said.

"Countries that have committed to the Global Fund need to give the money that they promised. Countries that haven't made a pledge, they need to do so. That includes countries that in the past might have been recipients but now are in a position to step up as major donors.

"China and other major economies are in a position now to transition in a way that can help more people."

Former president George W. Bush, who spoke by satellite from Tanzania, hailed the "great success of PEPFAR," the US government program that in 2008 authorized $48 billion over five years to fight worldwide HIV/AIDS, tuberculosis and malaria.

"World AIDS Day is a day to celebrate success," Bush said. "There is nothing more effective than PEPFAR," or the President's Emergency Plan for AIDS Relief, he added, calling the number of lives saved by the program "staggering."

Antiretroviral drugs are credited with saving 700,000 lives around the world last year alone.

Obama also described PEPFAR as one of Bush's "greatest legacies."

Treatment with antiretroviral drugs has been shown to suppress levels of the virus in 77 percent of people who follow the regimen, and it can cut the risk of transmission to a partner by 96 percent, studies have shown.

New cases of HIV have leveled off at about 50,000 in the United States each year, with 16,000 people dying annually of AIDS.

"The rate of new infections may be going down elsewhere, but it's not going down here in America. The infection rate here has been holding steady for over a decade," said Obama. "This fight is not over."

Obama said $15 million of the new funding would go to support HIV medical clinics and $35 million was earmarked for the state AIDS drug assistance programs.

In Europe, 27,116 new cases of HIV infections were reported last year, an increase of around four percent from 2009.

"The AIDS epidemic is coming back in America, especially among gay men, primarily African Americans, and the spending programs have been pared back," said Clinton.

"I am very worried that the death rate is going to go up in America simply because of the budgetary constraints on the states," said the former president, whose Clinton Foundation works to get low-cost AIDS drugs to people in need.

"We can all lobby for more effective expenditure of aid money, not just in the United States but around the world."