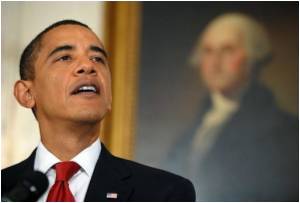 Barack Obama is also fond of doodling much like Ronald Regan before him, confessed the 50-year-old U.S President in an interview conducted by WJLA on Virginia Beach about his tendency.

"I'm ... a pretty good doodler. See, folks don't know that about me," the Politico quoted him as saying.

People who scribble on notepads may remember more than non-doodlers in a meeting suggests a new study.
Advertisement

"You know ... all kinds of things. Faces, people. So sometimes when I'm in a big important international meeting and you see me writings stuff down it might be that I'm just, uh, drawing some, drawing some folks," he said.


Obama's habit isn't a complete surprise - in 2007 he submitted a drawing to the National Doodle Day fundraising campaign run by Neurofibromatosis, Inc.

An analysis of hand stencils inside the 25,000-year-old Pech Merle cave has indicated that the handprints belong to females, which suggests that the majority of prehistoric
Advertisement
That doodle, created while he was presiding over the Senate, depicts Sens. Chuck Schumer, Harry Reid, Dianne Feinstein and Ted Kennedy, plus an official-looking seal and two columns. It sold for $2,075 on eBay.

Former British Prime Minister Margaret Thatcher kept a doodle done by Reagan in her archives. It was found in her papers from 1981.