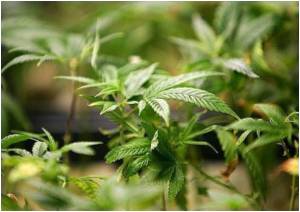 A 51-year old man who has been arrested in New Zealand for growing cannabis has said that it was done solely for medical purposes since it helped alleviate pain.

Peter Davy, who is dying from cancer, was arrested by police for possession of cannabis, cultivating cannabis, importing cannabis seeds and unlicensed possession of a rifle. However his wife, who is a multiple sclerosis patient, said that the only reason for them to grow cannabis was because it helped them get relief from pain.

Ask any one who has experienced intense chest pain and they will vouch for the fact that it was the most frightening experience of their life!
Advertisement

Davy's arrest has been criticized by a number of people in the country with Greencross Auckland's Stephen McIntyre saying that Davy deserves compassion since he is clearly using medicinal cannabis in order to remain pain free in order to take care of his partner.


"No-one can question his validity of using cannabis for pain or MS - the legal prescribing of medical cannabis in Canada, Europe and the United States for both conditions attests to its efficacy", McIntyre added.

Diaphragmatic Hernia Iron Intake Calculator Color Blindness Calculator Drug - Food Interactions Vent Forte (Theophylline) Find a Doctor How to Reduce School Bag Weight - Simple Tips Pregnancy Confirmation Calculator The Essence of Yoga A-Z Drug Brands in India
This site uses cookies to deliver our services.By using our site, you acknowledge that you have read and understand our Cookie Policy, Privacy Policy, and our Terms of Use  Ok, Got it. Close
×