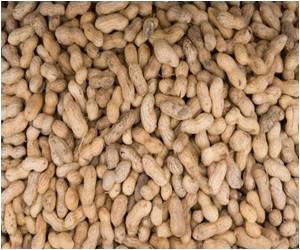 The new study was a part of the Danish National Birth Cohort and analysed data of 61,000 women.

Earlier, women had been advised to avoid eating peanuts during pregnancy and while breast-feeding if they or the father had an allergy, the Daily Express reported.


Parents were also recommended not to give peanuts to kids until they were at least three years old.

However, in 2008 the Food Safety Agency recommended the advice be dropped.

Come winter and asthma is back with renewed vengeance. With air pollution ever on the rise and our everyday surroundings abounding in common allergens, it's best to stay informed on this respiratory condition so that you don't trigger off another asthma attack unknowingly. Let Christmas celebrations take your breath away, not asthma!
Advertisement
Now, the Department of Health claims that women can choose to eat peanuts or food containing peanuts as part of a healthy, balanced diet, unless advised not to by their health professional.

"The impact of a pregnant woman's diet on her child's health continues to be debated," Malayka Rahman, from Asthma UK, said.

This study has been published in Journal of Allergy and Clinical Immunology.

Metered Dose Inhalers(MDI), which delivers medictions directly to the lungs, can be most effectively used in the treatment of asthma.
Advertisement
<< Study Explores Long-term Weight Loss Plans After Menopause
Men Tell More Lies Than Women: Study >>

Trimester of pregnancy
News Archive
News Resource
News Category
Tips to Eat Healthy as You Age Chicken or Plant-based Meat: Which Protein is Absorbed More by Human Cells? Fuel Your Health with Walnuts and Yoga Foodomics: New Approach to Identify the Biomolecules in Our Diet Innovative Eco-Friendly Plastic-Free Food Wrap Developed
More News
Sign up for Wellness Consult a Doctor Sign up for Selfcare