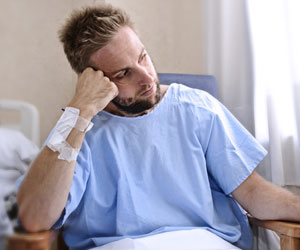 Food insecurity - the state of being without reliable access to adequate amounts of affordable, nutritious food - is a common issue and may lead to increased stroke risk factors, such as diabetes and high blood pressure.

This is according to research presented at the American Stroke Association's International Stroke Conference 2017.

Use of Aspiration as Frontline Thrombectomy Therapy for Acute Ischemic Stroke

Penumbra's aspiration system provides an effective frontline thrombectomy approach for acute ischemic stroke.
Advertisement
‘Food insecurity may lead to an increase in stroke risk factors and can complicate management of these health problems.’

Of the 64 patients diagnosed with stroke, 18.8 percent were found to be food insecure.

In the food insecure stroke group, 84.6 percent also had hypertension; 58.3 percent diabetes; and 16.7 percent had a previous stroke.

A new way of combining tissue plasminogen activator (tPA) along with drugs that target a protein called plasma kallikrein may improve treatment for stroke.
Advertisement
Among stroke survivors not labelled food insecure, 67.3 percent had hypertension; 28.8 percent had diabetes; and 21.2 percent had a previous stroke.

Food insecurity may lead to an increase in stroke risk factors and can complicate management of these health problems. A better understanding of the magnitude of the problem is necessary and could lead to interventions, researchers said.

Transplanted Neurons may Help in Repairing the Stroke-Injured Brain

Today, a stroke usually leads to permanent disability - but in the future, it could be reparable by replacing dead cells with healthy neurons, using transplantation.
Advertisement
<< After Acquired Hearing Loss, Accepting and Adapting are Key...
Don't Let Work Eat into Your Personal Life >>

The NHS Health Check program in England may have prevented an estimated 4,600 to 8,400 heart attacks, strokes or death.