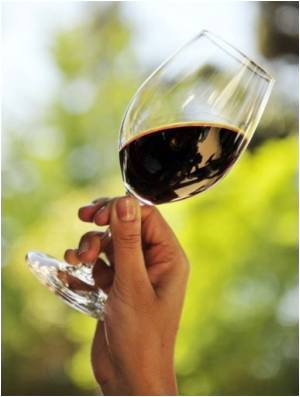 Experts are suggesting use of of nutrient "biomarkers" to assess the nutrient status of elderly people at risk for dementia.

The traditional approach, which primarily relies on self-reported dietary surveys, asks people to remember what they have eaten. Such surveys don't consider two common problems in elderly populations  the effect that memory impairment has on recall of their diet, or digestive issues that could affect the absorption of nutrients.

There are over 24 million people with dementia and its incidence is on the rise. Prevention through lifestyle changes is the sensible way to a dementia-free life.
Advertisement

This issue is of particular concern, experts say, because age is the primary risk factor for Alzheimer's disease, and the upcoming wave of baby boomers and people 85 years and older will soon place many more people at risk for dementia.


"Dietary and nutritional studies have yielded some intriguing results, but they are inconsistent," said Emily Ho, an associate professor of nutrition at Oregon State University, co-author of the study, and principal investigator with OSU's Linus Pauling Institute.

Ageing is referred to the accumulation of changes that brings a person closer to death.
Advertisement
"If we are going to determine with scientific accuracy whether one or another nutritional approach to preventing dementia may have value, we must have methods that accurately reflect the nutritional status of patients," Ho said. "The gold standard to assess nutritional status should be biomarkers based on blood tests."

The research was just published in Alzheimer's Disease and Associated Disorders, in work supported by the National Institutes of Health. The study was led by Dr. Gene Bowman, a nutrition and aging researcher at Oregon Health and Science University, in collaboration with OSU researchers.

Prevention strategies for Alzehimer's disease are "becoming more feasible," researchers said, because scientists are beginning to understand what populations are at high risk for developing the disease.

Complicating the issue, she said, is that elderly people in general may not absorb or process many nutrients as well as younger adults, and because of genetic differences they many have different biological responses to the same level of a nutrient. Knowing what they ate gives, at best, only a partial picture of what their nutritional status actually is. And it also assumes that people, including those with beginning dementia, will always remember with accuracy what their diet actually has been when questioned about 124 food items in an interview that can last up to two hours.

In this study, the scientists recruited 38 elderly participants, half with documented memory deficit and the other half cognitively intact. They compared the reliability of the nutrient biomarkers to food questionnaires administered twice over one month.

The questionnaire was able to determine some nutrient levels, but only in the group with good memory. The reliability of the nutrient biomarkers depended on the nutrient of interest, but overall performed very well.

"Now that we have a reliable blood test for assessing nutritional status, we can begin to study nutrient biomarkers in combination, their interactive features, and how they collectively may influence chronic diseases, including risk for Alzheimer's disease and dementia," Bowman said.

Such approaches could lead to more effective nutritional therapies in the future to promote cognitive health, he said.