Nurses played a vital role in feeding people and restoring their humanity in times of great crisis, as was the case when Bergen-Belsen was liberated in 1945 at the end of World War II. That is the key finding of a historical research paper published in the October issue of the Journal of Clinical Nursing.

"Much has been written about the role of the armed forces and medical teams during this distressing time in our history, but the contribution of nurses is rarely mentioned when it comes to the liberation of this concentration camp" says Dr Jane Brooks from the UK Centre for the History of Nursing and Midwifery, part of the University of Manchester's School of Nursing, Midwifery and Social Work.

When the British Army and medical teams entered the Bergen-Belsen concentration camp in Northern Germany in 1945 they found 40,000 survivors and 10,000 unburied bodies.

Unlike those interned in death camps such as Auschwitz, the Belsen inmates - who included Anne Frank and her sister Margot - died from starvation, disease and despair rather than gas chambers. In the months leading up to the liberation, their typical diet of less than 800 calories a day consisted of 200 grams of rye bread and varying amounts of soup containing mangold-wurzel, a beet vegetable grown mainly for cattle fodder.

Nearly 50,000 people died in Belsen over the course of two months, with 18,000 dying in the two weeks leading up to liberation. By the time the Army arrived they had been without any food or water for seven days.

Over the next six weeks, the British Army, Red Cross, St John Ambulance and Society of Friends remained in the camp, saving those they could, burying the dead and ultimately burning the camp.

The emergency medical teams included nursing sisters from the British Army's Queen Alexandra's Imperial Military Nursing Service and its Reservists, as well as nurses from Australia, New Zealand and the USA.

Tragically, initial attempts to feed the starving inmates resulted in a further 2,000 deaths as they were unable to cope with the rich food they were given. Special diets were ordered, but these took days to arrive.

Gastric and nasal tubes required more supervision than was possible with the limited numbers of medical staff and it was soon noted that medical skills were of secondary importance and the most important resource requirement was nurses. This cast real doubt on the decision to send medical students in preference to nurses.

The nurses also had to cope with the psychological fears of the patients when it came to injections and intravenous and intra-nasal fluids. It is thought that many identified these methods with experiments carried out by Nazi doctors and were terrified of such interventions.

Despite the many challenges the nurses faced, they patiently fed the former inmates to the best of their abilities and with the resources available, despite the fact that they knew that many would die.

This was a huge task as there were 150 patients to each nursing sister, speaking many unfamiliar languages. Hoarding of food was common as the patients were terrified of hunger and this led to fights, vermin risks and infections.

Some patients were angry with the care they received as they did not understand that providing large rations straight away could kill them. And their physical condition, including severe mouth ulcers that often created holes in their cheeks, made feeding very hard.

"The range of the problems that the nursing sisters were required to overcome to ensure adequate feeding of their patients was unprecedented" says Dr Brooks. "It was not just the physical aspects of feeding the patients that the nurses needed to focus on. They clearly required substantial skills, patience and a well-developed understanding of the human condition.

"Liberating the Bergen-Belsen Concentration Camp was an unimaginable task for all concerned. The work of the nurses was vital, not only in saving the physical lives of the inmates, but also in restoring their humanity. Despite this, little credit has been given to these women.

"I hope that my research will encourage nurses in clinical practice to take ownership of the vital role of feeding and that patient nutrition will improve as its worth is acknowledged.

"However, they can not do it alone. During times of restricted resources, such as the global downturn, this is more of a challenge than ever. But it is clearly an essential part of the nursing role and it is vital that those who manage nursing resources realise its importance." 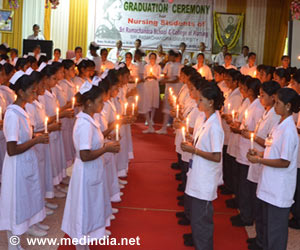 Nurses Should Know Full Medical and Social Conditions of Patients, Says Healthcare Expert
For effective healthcare nurse should understand the medical and social conditions of every patient fully and show utmost compassion in dealing with people under their care.
READ MORE

In Treatment of HIV Patients Nurses as Effective as Doctors
According to a new study, nurse-centred care of HIV patients can be just as safe and effective as care delivered by doctors and has a number of specific health benefits.
READ MORE