Nurseries are reportedly requiring children to take antibiotics even for minor eye infections like conjunctivitis, reveals new study. Conjunctivitis, also known as 'Pink eye" or 'Madras eye', is an eye disease that causes redness and soreness of the conjunctiva - a clear layer that coats the white of the eye and the eyelids. The main causes of conjunctivitis are allergies, chemicals or bacterial or viral infections. Bacterial conjunctivitis is usually treated with antibiotic eye drops or ointments.

A total of 164 nursery schools in England, Scotland and Wales were analyzed by researchers and the findings were published in the British Journal of General Practice. The study concluded that 86.7% of the nurseries have policies to exclude children and 49.4% of them insisted on antibiotic treatment before readmitting the child.

Researchers also stated that antibiotic creams and drops speeds up the recovery of conjunctivitis by 0.3 days. There is no evidence that taking antibiotics may prevent transmission. On the contrary, it puts patients at a greater risk of deadly infections caused by superbugs which acquire increased resistance to antibiotics due to their injudicious use.


‘Injudicious use of antibiotics for minor ailments like conjunctivitis could make children vulnerable to deadly infections by lowering bodys immunity.’


This forces parents to consult doctors who are already under considerable workforce and resources pressure.

Of the 200 general practitioners, registrars and nurses interviewed, 42.6% said that their prescription of topical antibiotics for acute infectious conjunctivitis was influenced by childcare provider policies, and 15.4% stated that these policies were the only reason for prescribing antibiotics.

As a result of nursery policies, with 20% of preschool children presenting to their GP with conjunctivitis each year, there are potentially 240,000 consultations, 120,000 antibiotic prescriptions, and 360 000 days lost from work.

Professor Kate Jolly, from the University of Birmingham, stated, "Our survey of GPs suggests that the policies themselves can give parents an unrealistic view of the benefit of antibiotics. 60.8% of parents believe that their child will not get better without the treatment. While that may be a worrying statistic, it also highlights that an intervention on a national level that helps childcare providers produce evidence-based policies could have significant benefits for all involved." 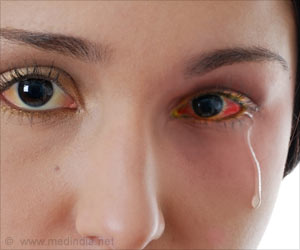 Is It Safe for Physicians to Prescribe Fewer Antibiotics?
Antibiotic treatment has minimal effect on the duration and severity of symptoms in these conditions, but may be associated with side-effects.
READ MORE

Unchecked Drug-Resistant Superbugs can Kill 10m Per Yr
Unchecked drug-resistant superbugs can kill 10 million a year and cost the global economy up to 100 trillion dollars by 2050, reveals a new study.
READ MORE 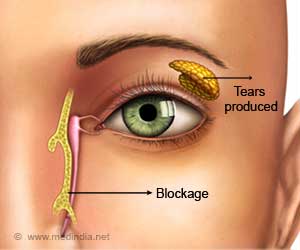