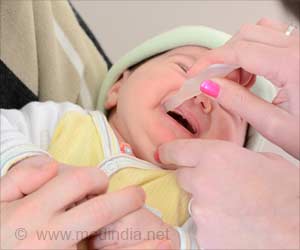 National Emergency Operation Centre (NEOC) of Pakistan confirmed one new polio case each in Quetta and Banno provinces. With this, the number of polio cases has touched 47 this year, reports an official.

The official blamed the parents' refusal to get their children immunized against polio for the increase in polio cases.

Freeze-dried Vaccine Can Eradicate Polio Globally
A new heat-stable injectable polio vaccine has been developed. The vaccine helps protect against ......

Poliomyelitis
Polio is an infectious disease caused by the poliovirus. It results in paralysis and generally affec...