Number of Married Couples in the US Hits Record Low 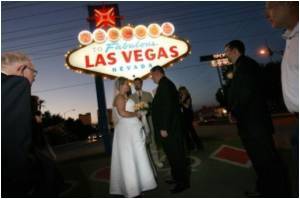 A new survey carried out in the United States has revealed that adults are waiting longer than before to get married and the total number of adults married in the country is at a record low.

According to the study carried out by the Pew Research Center, less than 51 percent of adults in the US are married while the number of new marriages also falling by 5 percent between 2009 and 2010. The study used data from the US Census data for 2010.

The report also revealed that the median age for adults getting married has increased with the average age at which men get married rising to 29 while women wait until they are 27. The researchers added that the delay in marriages was not limited to the United States but was true in other advanced, post-industrial societies.


D'Vera Cohn, who worked on the study, revealed that many Americans think that marriage is becoming obsolete. "They see it as an obsolete social environment. People say they want to get married, but Americans are much less likely to actually be married than in the past", D'Vera Cohn said.

Divorce can be traumatic for children and create a sense of insecurity amongst them. Couples should realize that joined parenting is important even after divorce.
Advertisement
<< Female Viagra Efficacy Trial Fails to Meet Main Objective
Sufi Singer Leads Music Therapy Initiative >>

How to Reduce School Bag Weight - Simple Tips Post-Nasal Drip Blood Donation - Recipients The Essence of Yoga Vent Forte (Theophylline) Loram (2 mg) (Lorazepam) Find a Doctor Selfie Addiction Calculator Daily Calorie Requirements Turmeric Powder - Health Benefits, Uses & Side Effects
This site uses cookies to deliver our services. By using our site, you acknowledge that you have read and understand our Cookie Policy, Privacy Policy, and our Terms of Use