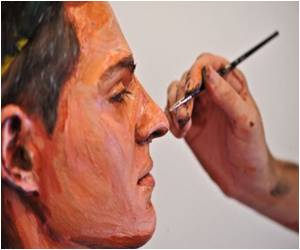 In Berlin, an adult education centre has hung a collection of nude paintings days after censoring them out of deference to Muslim immigrants in what critics called an overzealous bid at cultural sensitivity.

The paintings' exclusion from an exhibition Friday met with public outcry in a neighbourhood where tensions were already running high after demonstrations against a new refugee centre earlier this year.

"Human nakedness is something natural. Muslims need to get used to it if they want to live here. It's part of the culture here," said Andreas F., 62, a pensioner taking an English class at the adult education centre who declined to give his last name.

The six nude portraits now hang near the public toilets in a second-floor hallway at the Volkshochschule Marzahn-Hellersdorf, on the eastern edge of the German capital.

A local politician received more than 300 comments after the paintings were originally excluded from the collection.

Facebook and text messages and emails ranged from insults to allegations that the neighbourhood was "buckling" before Islam and needed to be "freed" from the religion, according to the daily Berliner Zeitung.

A few, however, praised the attempt to take reservations into account.

District council member Juliane Witt, who received the messages, overrode the school leadership to hang the paintings Monday, saying the attempt at religious sensitivity was well-intentioned but infringed on artistic freedom.

"For me it wasn't even a question," Witt told AFP.

The school's deputy head, Gotthard Haenisch, originally barred the paintings "with consideration" for Muslim students in German language and integration courses who might "feel uncomfortable" with the nudity and be discouraged from coming to class, according to the Berliner Zeitung.

But Witt countered that the move, because it was not requested by students, in itself could be seen as discriminatory.

"If you do something to protect someone, then you are defining them," Witt said, "and that can be stigmatising."

Distinguishing between 'art and pornography'

"It is very embarrassing for the city of Berlin that this is possible here," artist Susanne Schueffel told AFP, calling the exclusion of her paintings censorship.

The continuing education centre is in a former East German neighbourhood dotted with concrete high-rises built by the communist government, less than a kilometre (mile) from the site of an August neo-Nazi protest outside a new refugee centre.

Some of the asylum-seekers housed at the centre take German language and integration courses at the community college where the paintings now hang.

Many of the students at the school had no problem with the paintings, but one visitor supported the original decision to withhold them.

"They should be somewhere else, in a gallery or art school," said Russian immigrant Vladimir Pfeifle, 20, while visiting the school's job centre.

"Some people want to see this, and others don't. Everyone should respect other people's opinions," Pfeifle said.

An influx of refugees has sparked tension in the traditionally ethnic-German neighbourhood, echoing culture clashes seen repeatedly throughout Europe between native populations and rising numbers of immigrants and asylum-seekers.

Bans on burqas in France and minarets in Switzerland in recent years represent one end of the spectrum of cultural tolerance, while efforts like the one in Berlin to accommodate newcomers can just as easily backfire.

Sabine Achour, a professor who focuses on Islam and integration in education at the Free University of Berlin, argues the debate is not one of artistic freedom versus cultural sensitivity, but "rather shows how narrow and prejudiced our understanding of Islam is, though Muslims have lived here for decades and have long been active in the art world.

"It is naive to believe that Muslims have no appreciation for art, or can't distinguish between art and pornography," Achour told AFP.

"This debate should be the occasion to open conversations about the diversity of Muslim life in Germany."

Archeologists Discover 5,000 Cave Paintings in Mexico
In a northeastern Mexico mountain range, archeologists have found nearly 5,000 cave paintings made by hunter-gatherers where pre-Hispanic groups were not known to have existed.
READ MORE

Artists in Siliguri Create Paintings to Raise Funds for People Affected by HIV
Recently artists attended a workshop and displayed their paintings at an exhibition to generate money for the welfare of the people infected by the Human Immunodeficiency Virus (HIV).
READ MORE 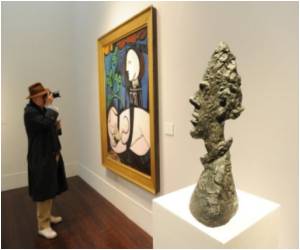 Distinguishing Between Monet and Picasso Paintings Are Honeybees
A new study has claimed that honeybees have a highly developed capacity for processing complex visual information, and can distinguish landscape scenes, types of flowers, and even human faces.
READ MORE 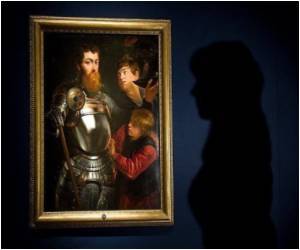