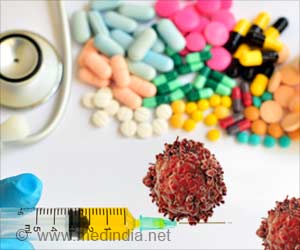 NSAIDs were found to increase the risk for cardiovascular and bleeding events in Korean heart attack patients, revealed study today in the Journal of the American College of Cardiology.

While established in Western populations, there has been no available data to report the level of cardiovascular and bleeding risk with NSAIDs treatment in a globally diverse population of heart attack patients.

"To the best of our knowledge, this is the first population-based study to investigate the cardiovascular and bleeding risk associated with concomitant NSAIDs treatment in a non-Western population with myocardial infarction," said Cheol Ung Choi, MD, PhD, professor in the cardiovascular center at Korea University Guro Hospital, Korea University College of Medicine, and the lead author of the study. "Our study adds important value to the currently available evidence for concomitant NSAIDs treatment after MI by constituting global evidence that encompasses diverse population groups."


The researchers used the National Health Insurance Service (NHIS) and the Korean Health Insurance Review and Assessment Service (HIRA), two nationwide organizations that validate health care services and medical costs in South Korea, to access detailed medical information of 98% of the Korean population, including a patient's diagnosis, treatment and prescriptions.
Advertisement
The study enrolled 108,232 patients admitted for a first-time heart attack between 2009 and 2013, with a follow-up period of 2.3 years. The average age was 64.2 years and 72.1% were men. The researchers tracked prescriptions for antithrombotic medications (including aspirin, clopidogrel and oral vitamin K antagonist) and NSAIDs (including naproxen, ibuprofen, diclofenac, celecoxib, meloxicam and more). Among antithrombotic medications, dual antiplatelet therapy (DAPT) with aspirin and clopidogrel was the most frequently prescribed at 87.9%. Diclofenac was the most frequently prescribed NSAID in patients with either cardiovascular or bleeding event outcomes, 71.8% and 68.9%, respectively.

According to the researchers, NSAIDs treatment should be limited as much as possible after a heart attack, however the data suggests that celecoxib and meloxicam could be considered as a possible alternative choice in patients where NSAIDs prescription is inevitable. The trial demonstrated that cardiovascular risk increased significantly when patients were prescribed NSAIDs subtypes naproxen or ibuprofen.

The study had several limitations, including a lack of available data for over-the-counter NSAIDs. The researchers could not assess mortality outcomes as the HIRA database did not include death certificate information. Finally, the researchers recommend the current findings be validated against neighboring countries, including Japan and Taiwan, to examine the results in similar ethnic populations.

"The expansion of the safety issues of NSAID to a different ethnicity is of the utmost importance given that most data about NSAID were extracted from Western populations, but the risk of bleeding post-MI varies according to ethnicity," said Juan J. Badimon, PhD, professor of cardiology in the Icahn School of Medicine at Mount Sinai, in an accompanying editorial comment. "This study allows the generalizability of the adverse events of NSAID to all patients by constituting global evidence encompassing different population groups."

Opioid Use is Decreased in Patients Treated With NSAIDS Post-surgery
Patients who were prescribed NSAIDs after surgery were found less likely to use opioids, according ....