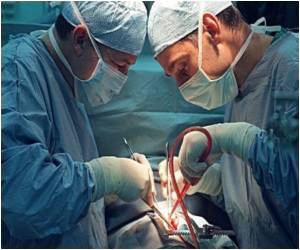 Researchers have come out with a single pill, called a polypill, to help patients with cardio-vascular diseases (CVD) to overcome the problem of taking too many pills or medicines.

According to the latest issue of the Journal of American Medical Association, a study was conducted on CVD patients in India and three European countries.

The study, conducted between July 2010 and July 2011, showed 86.3 percent of people using polypill continued with it but only 64.7 percent of those who were on multiple medication went with the many-medicine theory.


The study was conducted with the help of 28 Indian health-related institutions, including the All India Institute of Medical Sciences and Post-Graduate Institute of Medical Education and Research. The European Commission funded the study and it was planned by London's Imperial College.
Advertisement
The polypill is a combination of aspirin, lipid-lowering drug simvastatin and blood pressure lowering agents.

The study showed adherence to multiple medications was as low as 10 percent among Indian patients.

However, researchers said in case the polypill showed any side-effects, it has to be discontinued.

People With Gene Mutation Less Likely To Develop Cardio Vascular Diseases
Findings suggest that having a lifelong deficiency of apoC-III helps to protect people from ......

Expecting EETs to Treat Cardio Vascular Disease Could be a Double-edged Sword
EET, a faction of small molecules currently scrutinised as likely treatment targets for a host of .....

Stem Cells from Bone Better at Heart Tissue Regeneration Than Hearts Own Stem Cells
Researchers have found that using stem cells from cortical, or compact, bone, can lead to improved ....

Stent That Melts may Prove to be A Boon for Heart Patients
A bioresorbable scaffold was used this week in a revolutionary procedure in a Mumbai hospital to ......