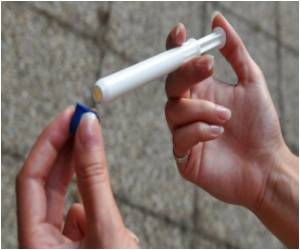 A recent discovery made by scientists show how our immune system is provoked into action when attacked by virus. This mechanism in vaccines holds promise for the development of new ways of preventing and treating infectious diseases and cancer. The discovery is described in today's edition of the journal Science.

Killer T cells - also called cytotoxic T lymphocytes - play a central role in our immune system. They are capable of specifically identifying and killing cells harbouring viruses or bacteria and also cancer cells. It is likely that cytotoxic T lymphocytes will play an important role in the future development of vaccines against HIV/AIDS, hepatitis C, malaria and also cancer.


It has long been known that viral infection in humans is followed by formation of an army of T lymphocytes. But how does this mobilization come about and who decides it? Researchers think that the alert is provided by dendritic cells capable of identifying a virus by its specific, characteristic molecular motifs called pathogen-associated molecular patterns or PAMPs. After identifying a pathogen, the dendritic cells then coordinate the action of cytotoxic T lymphocytes.


However, another fundamental mechanism underlies the counter-attack launched by the immune system. This mechanism is described for the first time by Professor Max Loehning (Charité Berlin Medical University) and Professor Daniel Pinschewer (UNIGE) in an article published today in the journal Science. It is engaged after the virus has already killed certain cells. These cells release all kinds of molecules when they die, including some very distinctive molecules that experts have dubbed damage-associated molecular patterns or DAMPs. Among the molecular debris of this miniature battlefield, DAMPs are unique in providing an unequivocal signal that the body has suffered damage.

The authors were able to demonstrate the existence of this mechanism with the aid of mice whose immune system is not able, for genetic reasons, to identify interleukin 33. As expected, these animals are clearly less able to fend off a viral infection. The cytotoxic T lymphocytes struggle to mount an effective counter-attack because there are simply not enough of them.

If the inability of an organism to recognize interleukin 33 makes it more vulnerable to infections of any kind, one could imagine that, conversely, interleukin 33 could be used to increase the number and the aggressiveness of T lymphocytes mobilized during vaccination.

As explained by Max Loehning and Daniel Pinschewer, the alerts provided by PAMPs and DAMPs seem to be complementary during the preparation of a counter-attack: "PAMPs alert dendritic cells which, in turn, enlist killer T cells. However, the response of the latter cells remains fairly mild until they are roused into action by the presence of DAMP released by victims of the virus in the immediate vicinity."

Risk of Ischemic Stroke may be Aggravated by Infections in Childhood
Research presented at the American Stroke Association's International Stroke Conference 2012 says that common infections in children pose a high risk of ischemic stroke.
READ MORE

Can Use Honey to Treat and Prevent Chronic Wound Infections
Manuka honey might prove handy to treat chronic wound infections and even prevent them from developing in the first place, suggest researchers.
READ MORE