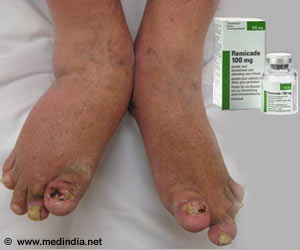 Psoriasis is a chronic inflammatory skin condition during which skin patches and itching are seen. The most common topical treatments used for psoriasis are vitamin D3 analogs and corticosteroids. However, these drugs show various side effects.

A recent clinical trial showed that the novel non-steroidal compound benvitimod was safe and effective and could be a promising new topical treatment for psoriasis.

Neutrophils and NETs are found to be involved in the cellular mechanisms of psoriasis, resulting in inflammation and lesions.
Advertisement
‘Novel non-steroidal benvitimod topical cream is safe and effective for the treatment of psoriasis. No serious side effects were seen.’
Read More..

The phase III clinical trial conducted in China and is published in the Chinese Medical Jounal.


Psoriasis is characterized by red patches and plaques and in some patients it is also associated with co-morbid conditions like arthritis, obesity, diabetes, increased cholesterol, cardiovascular diseases or depression. These psoriasis lesions are seen on the face and scalp, additionally they are also present on other parts of the body. They can cause physical discomfort and psychosocial trauma due to their appearance defects.

Psoriasis is a recurrent and complex inflammatory skin disorder that can have tremendous physical and psychological impact on the sufferer
Advertisement
Psoriasis vulgaris which is characterized by plaques account for 90 percent of patients with psoriasis. Less than 5 percent of the cases are of other varieties including erythrodermic psoriasis, arthritic psoriasis, and pustular psoriasis. For mild to moderate plaque psoriasis, the most common treatment is corticosteroids and vitamin D3 analogs.

Long term use of topical steroids is associated with various side-effects like skin atrophy (decrease in size of cells), hypo- or hyper-pigmentation, telangiectasia (dilation of small blood vessels on the skin or mucus membrane), and skin infections. Use of vitamin D3 analogs needs the monitoring of the calcium and phosphate metabolism.

The side effects of these drugs are significant and there is a need for topical and systemic treatments.

The researchers have reported that a novel non-steroid topical drug benvitimod is safe and effective for treating plaque psoriasis.

Professor Zhang said, "Benvitimod (also known as tapinarof) is a small molecule that was first isolated from the bacterium Photorhabdus luminescens and was synthesized by late Genhui Chen and his team from Beijing Wenfeng Tianji Pharma. It took more than 20 years to study the mechanism of action, come up with the formulation, and evaluate the efficacy and safety of this compound in patients with psoriasis. It was hard work indeed."

In this study, six hundred and eighty-six adult patients with mild to moderate plaque psoriasis were included and they were randomized to receive either 0.005% calcipotriol ointmenta standard treatment for plaque psoriasis or 1% benvitimod cream or a placebo. The treatment duration was 12 weeks after which the efficacy of benvitimod was assessed.

Benvitimod cream was well tolerated and the most common side effects were only mild irritation and itching at the site of application. These symptoms resolved spontaneously in most patients. No serious side-effects were observed.

Biologic therapy which can treat psoriasis may be just as beneficial as statin therapy on heart arteries as it can decrease plaque in heart arteries, reports a new study.