A new mechanism that would help in future therapies for conditions ranging from autoimmune diseases to organ transplants to cancer has been discovered by a research team led by Indian-origin scientists from University of Michigan.

U-M biochemistry professor Ruma Banerjee and her colleagues have identified a mechanism that keeps a check on aggressive immune cells that can attack the body's own cells.


"Now we know that the redox environment outside the cell is a very important dynamic. It regulates cell function," Nature quoted Banerjee as saying.

The processes known as redox chemistry are fundamental to the way cells derive and consume energy.

She said that regulatory T cells appear to alter the chemical environment around their aggressive cousins, known as autoreactive T cells, which either curb them or cause them to proliferate.

This mechanism is likely to be involved in inflammatory bowel disease (IBD) and ulcerative colitis.

The study conducted over live mouse immune cells showed that important redox communication occurs between dendritic cells, which are the first immune cells to detect a foreign agent, and autoreactive T cells.

Dr Sanjay Garg, a research investigator in the U-M Department of Biological Chemistry, said that the dendritic cells alter the chemical environment outside cells in a way that promotes activation of the T cells.

But then T regulatory cells "intervene in the redox chatter" and suppress that effect.

Banerjee insists that she needs to conduct more study to fully understand the process before they can use their insights to block or encourage T regulatory cell activity in animal studies of IBD or another autoimmune disease. 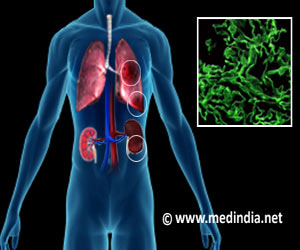