Novel Sensor may Play a Key Role in Personalized Medicine 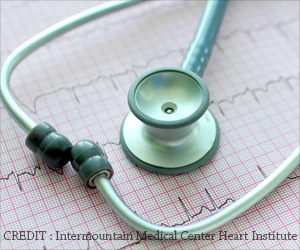 In the not-too-distant future, a simple device that monitors and reports health indicators distinguishes undesirable biomarkers in the saliva or blood and serves as a prompt warning system for diseases, reports a new study. The findings of the study are published in the journal Nature Photonics.

This technological revolution may be one step closer thanks to a powerful tool developed by researchers at EPFL's BioNanoPhotonic Systems (BIOS) Laboratory. It consists of an ultra-thin and miniaturized optical chip that, when coupled with a standard CMOS camera and powered by image analysis, is able to count biomolecules one by one in a sample and determine their location.


‘Novel device can identify even trace amounts of undesirable biomarkers in our body and gives an early-warning system for diseases. The device could play a significant role in addressing future challenges, particularly in personalized medicine.’
Read More..


This pioneering technology is based on metasurfaces - rising stars in the field of photonics. Metasurfaces are sheets of artificial materials covered in millions of nano-sized elements arranged in a special way. At a certain frequency, these elements are able to squeeze light into extremely small volumes, creating ultrasensitive optical 'hotspots'.

When light shines on the metasurface and hits a molecule at one of these hotspots, the molecule is detected immediately. In fact, the molecule gives itself away by changing the wavelength of the light that hits it.

Scanning molecules and taking their picture

By using different colored lights on the metasurface and taking a picture each time with a CMOS camera, the researchers can count the number of molecules in a sample and learn exactly what is happening on the sensor chip.

"We then use smart data science tools to analyze the millions of CMOS pixels obtained through this process and identify trends," says Filiz Yesilkoy, the article's first author. "We've demonstrated that we can detect and image not just individual biomolecules at the hotspots, but even a single graphene sheet that's only one atom thick."

Taking their work one step further, the researchers developed a second version of their system, where the metasurfaces are programmed to resonate at different wavelengths in different regions.

"This technique is simpler, yet it is also less precise in locating the molecules," says Eduardo R. Arvelo, one of the article's co-authors.

A game changer in disease detection?

Hatice Altug, who runs the BIOS lab and is leading the project, sees immense potential in the field of optics. "Light possesses many attributes such as intensity, phase, and polarization - and is capable of traversing space. This means that optical sensors could play a major role in addressing future challenges - particularly in personalized medicine."

Use of Stem Cells in Personalized Medicine
Stem cell therapy, a leading topic of interest among the budding scientists. These cells play a role in the development of personalized medicines for millions of cancer and heart patients.
READ MORE

EMRC Report Calls for Increased Funding in Order to Implement Personalized Medicine in Healthcare
Strasbourg, France, 10 December, 2012: Dedicated funding and support is required to ensure personalised medicine can be implemented across Europe's healthcare systems, according to
READ MORE