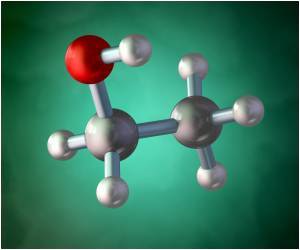 New molecule EPB-53 could help fight non-alcoholic fatty liver disease and type 2 diabetes, reports a new study. The findings of the study are published in the British Journal of Pharmacology.

Participants in the study, are the members of the teams led by the researchers Francesc Villarroya, from the Faculty of Biology and the Institute of Biomedicine of the University of Barcelona (IBUB) and member of the Physiopathology of Obesity and Nutrition Networking Biomedical Research Centre (CIBERobn) and the Research Institute Sant Joan de Déu; and Santiago Vázquez, from the Pharmaceutical Chemistry Unit of the Faculty of Pharmacy and Food Sciences of the UB and IBUB.
Advertisement
‘EPB-53 molecule boosts levels of the FGF21 hormone, a biological factor which plays a decisive role in the control of diabetes and obesity.’
Read More..


The FGF21 hormone -the fibroblast growth factor 21- is an endocrine factor with a determining role in the energetic metabolism as an anti-diabetes and anti-obesity agent. This hormone, which mainly synthetizes the liver, is regarded as a potential therapeutic target to treat type 2 diabetes and the non-alcoholic fatty liver disease, which usually occur due to obesity and insulin resistance. However, the FGF21 analog compounds that showed pharmaceutical activity in animal models require subcutaneous injection and can generate adverse effects (loss of bone mass, an increase of heart rate and arterial pressure, etc.).
Advertisement
According to the new pre-clinical study, levels of FGF21 in the liver and plasma can increase through oral administration of the EPB-53 molecule. "This effect is possible because EPB-53 is a molecule that activates HRI (eIF2α kinase regulated by hemo group), a kinase that can boost a factor of transcription involved in the increase of FGF21, which reduces glucose tolerance and hepatic steatosis in mice which are fed with a fat-rich diet", notes the researcher Manuel Vázquez-Carrera, from the Department of Pharmacology, Toxicology and Therapeutical Chemistry of the UB.

A growing problem on global health

The conclusions of the study prove the use of FGF21 inducer compounds could lead to new therapeutic strategies to treat type 2 diabetes and the non-alcoholic fatty liver disease, similarly to what analog compounds do subcutaneously.

"In addition, we hope to see in future studies that these would not cause adverse effects that have been described in some FGF21 analogs. Therefore, we are working on the development of new HRI activators with better pharmacokinetic characteristics for the treatment of type 2 diabetes such as non-alcoholic steatohepatitis", notes Vázquez-Carrera.

The incidence of type 2 mellitus diabetes has grown among the population over the last years, and the available drugs cannot control the progress of the disease in all patients. Also, the non-alcoholic fatty liver disease affects one out of four people and the worst cases -non-alcoholic steatohepatitis- do not have any specific approved drug. Finding new drugs for oral administration is, thus, one of the challenges in biomedicine to improve health care for millions of people worldwide, who are affected by these metabolic diseases.