Novel Dye Could Give Cleaner Pictures of What Goes on Inside Cells: Scientists 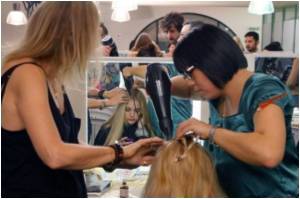 A novel dye was introduced by scientists which they think have the potential to outperform all fluorescent dyes currently used in imaging technology.

From microscopes to MRI scanners, imaging technology is growing ever more vital in the world's hospitals, whether for the diagnosis of illness or for research into new cures.


Thomas Just Sorensen and Bo Wegge Laursen at the University of Copenhagen, Denmark, said that their aza-oxa-trangulenium dyes are ten times better, far cheaper and easier to use than any of the dyes currently available.
Advertisement
It might seem odd, but one of the central challenges when taking pictures of cells and organs, is to avoid noise. The agents that make it possible to see microscopic biological structures are luminescent, but then, so is tissue. Consequently, the contrast agent's light risks being overpowered by "light noise".

Just as the dial and hands of a watch might glow-in-the-dark, tissue becomes luminescent when exposed to light. Tissue and other organic structures luminesce, or lights up, for 10 nanoseconds after exposure to light. The light-life of an ordinary dye is the same - 10 nanoseconds.

But triangulenium dyes produce light for an entire 100 nanoseconds.

The long life of the triangulenium dyes means that an image can be produced without background noise. Furthermore, the extra 90 nanoseconds opens the possibility of filming living images of the processes occurring within cells, for example when a drug attacks an illness.

Thomas Just Sorensen concluded that substance could be more widely adopted only when other researchers prove that triangulenium dyes perform just as effectively as its predecessors.

Source: ANI
Advertisement
<< To Provide Employment to Women in Srinagar Fruit and Vegeta...
Occupants Exposed to Tobacco Smoke Even In Non-smoking Hote... >>

Food Dyes Gives Protection Against Cancer
Though food dyes are popularly known for health hazards they have a positive side- protection ......

Hairdressers Face High Cancer Risk from Dyes and Chemicals They Work With
Hairdressers may face an increased risk of cancer because of the dyes and other chemicals they work ...