New study finds that the HeartMate 3, a next-generation left-ventricular assist device (LVAD) not only reduced the need for re-operation due to pump malfunctions but also lowered the risk of bleeding events and strokes, compared to the HeartMate II. The findings of the study are published in the New England Journal of Medicine.

"We are thrilled to have completed the largest LVAD trial in the world, to see that all of the early benefits we observed in interim analyses were sustained, and to report reductions in pump-related thrombosis, strokes and mucosal bleeding three measures of hemocompatibility compared to the previous generation of the cardiac pump," said Mehra.


"Our results should spur confidence that we now have a much more forgiving pump and should provide reassurance to clinicians that we do not need to wait until a patient is 'near death' to consider this option for our patients."


‘A new cardiac pump which is clinically superior and safer for patients reduces the risk of stroke, bleeding and near elimination of pump thrombosis.’
Read More..


MOMENTUM 3, sponsored by Abbott Inc., compared Abbott's HeartMate 3 left ventricular assist system, a magnetically-levitated, continuous centrifugal-flow circulatory pump, to the HeartMate II, a commercial axial flow pump. The trial evaluated how many participants, two years after receiving their device, had not suffered a disabling stroke or had an operation to replace or remove a malfunctioning device.

MOMENTUM 3 launched in 2014 and was designed to reduce the overall timeline for clinical trials dramatically. All patients with refractory heart failure who needed a cardiac pump were eligible for the trial, regardless of whether the pump was intended as a bridge to transplantation or destination therapy. Based on the study's first interim analysis at six months, the HeartMate 3 was approved in 2017 by the FDA for use as a short-term device, such as for a bridge to transplantation. Last fall, supported by the second interim results of MOMENTUM 3, the pump was approved by the FDA as a long-term use device, such as for patients with advanced heart failure who are not eligible for a heart transplant.

The HeartMate 3 includes several technological adaptations intended to reduce the risk of complications. The fully magnetically levitated device runs like a bullet train its rotor has no mechanical bearings in it and pushes the blood using only magnetism. It is designed to reduce shear stress and destruction of blood elements as they pass through the pump, which is thought to cause blood clots to form in pumps.

Reductions in bleeding events, re-operations and strokes could translate to important cost savings. The team calculated that in every ten patients implanted with the centrifugal-flow pump, compared with the axial-flow pump, 2.2 pump thrombosis events, two strokes and 6.8 bleeding events would be averted over two years.

"Until now, these devices have been considered less cost-effective, which has been a big issue outside of the U.S.," said Mehra. "Our evidence shows a decreased need for hospitalization and re-operations, indicating that the centrifugal-flow pump may be much more cost-friendly in the longer term."

Mehra notes that residual risks remain, including infections, which occur in nearly 50 percent of patients. Many, but not all, of these infections, occur at the entry point of the driveline that powers the device. Also, low-frequency, right-ventricular heart failure events can occur. Mehra is now chairing a follow-up trial that will specifically examine these challenges and what modifications can be made to address them. 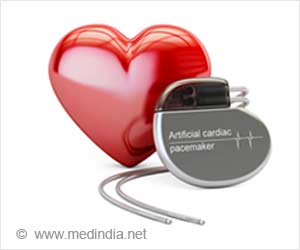 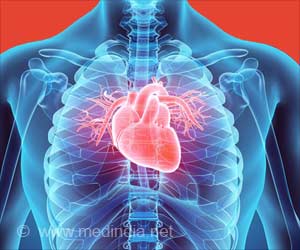 Study Hold Answers About How Our Heart Pumps: Heart Research
A new study provides a new understanding of what makes our hearts pump, which could also help uncover new information about heart disease.
READ MORE