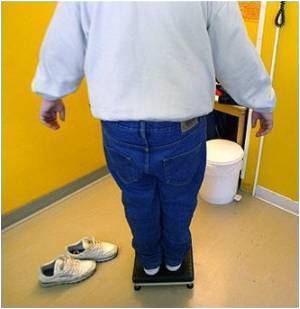 Obesity never sounded good and as per a recent study those men who are obese at age twenty carry a double risk of dying young.

For the study, researchers tracked more than 5,000 military conscripts starting at the age of 20 until up to the age of 80.

They found that at any given age, an obese man was twice as likely to die as a man who was not obese and that obesity at age 20 years had a constant effect on death up to 60 years later.


They also found that the chance of dying early increased by 10% for each BMI point above the threshold for a healthy weight and that this persisted throughout life, with the obese dying about eight years earlier than the non-obese.

Low calorie meals or diet include foods that are high on nutritional content and yet have fewer calories. Updated information about low calorie diet or low calorie foods and its health benefits.
Advertisement
"As the obesity epidemic is still progressing rapidly, especially among children and adolescents, it is important to find out if obesity in early adulthood has lifelong mortality effects," said the study's leader, Esther Zimmermann, a researcher at the Institute of Preventive Medicine, Copenhagen University Hospital and the Institute of Biomedical Sciences at University of Copenhagen in Denmark.

"Previous studies have investigated obesity and mortality in middle-aged populations, which only tells us about the detrimental effects of obesity in middle age. Our study sheds light on how obesity at age 20 years affects obesity throughout adult life. It is the first study with such a long follow-up time and thus the first study to investigate the lifelong effect."

The study was presented at the International Congress on Obesity in Stockholm.