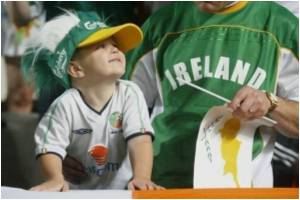 The Northern Ireland Cancer Registry (NICR) at Queen's University Belfast has reported a significant rise in leukemia survival rates, the highest since data collection began in 1993.

For children with the disease, survival has improved dramatically from under 10 per cent in the 1960 to1970s, to the current level of over 80 per cent for five year survival.

The NICR researchers also examined the changes in service and outcome for patients with pancreatic cancer.


While pancreatic cancer has very poor survival, the Registry has documented a doubling in survival for patients diagnosed in 2010 compared with 2008 (18 per cent from 9 per cent), which the researchers say could be due to the changes in service provision including centralizing the service to one site, the Mater hospital in Belfast.
Advertisement
The leukemia audit further revealed that while each year approximately twelve children under the age of 14 are diagnosed with acute leukemia, there are at least 200 people alive in Northern Ireland who were diagnosed as a child, reflecting the improved survival prospects. People diagnosed as children make up 20 per cent of the over 900 people alive here, who at some stage in the past 18 years, have been diagnosed with leukemia.

The figures have been revealed as part of the Cancer Care in Northern Ireland: A decade of change event at Queen's University Belfast organized by the Northern Ireland Cancer Registry and attended by Edwin Poots, MLA, Minister for Department of Health, Social Services & Public Safety.

The audit results follow last week's recognition for Queen's at Buckingham Palace, when the University was awarded a Diamond Jubilee Queen's Anniversary Prize for its leadership of the Northern Ireland Comprehensive Cancer Services program. The program has led to improved cancer survival rates in Northern Ireland and is a collaboration led by Queen's in partnership with the Department of Health and the five Northern Ireland Health Trusts with support from the medical research industry.

Speaking at the conference, Dr Anna Gavin, Director of the Northern Ireland Cancer Registry, said: "Examination of data for pancreatic cancer patients diagnosed in 2010 shows a doubling of survival, a real breakthrough for this disease. If such a survival improvement was seen from a new drug, it would hit the headlines internationally.

"Today we are documenting and celebrating such improvements in cancer services in Northern Ireland, which have come about since service reorganization was recommended by the then chief medical officer, Dr Henrietta Campbell. The Northern Ireland Cancer Registry has, with clinicians, been monitoring the care and survival of cancer patents and recommending chance for future service improvements and will continue to do so."

Speaking at the conference, Minister Poots took the opportunity to again congratulate the University on being honored with a Diamond Jubilee Queen's Anniversary Prize for Higher and Further Education at Buckingham Palace for the work of the Registry and other areas in Queens University. He said: "I wish to congratulate Queen's University on receiving this prestigious award for a comprehensive cancer center and I am delighted that patients in Northern Ireland are benefiting from innovative approaches to delivering cancer services. "The longstanding partnership between my Department, the Health and Social Care Trusts and Queen's University illustrates the importance of investing in research and development and the contribution that clinical research can make to our health and to our local economy."Mr Poots said that his Department was proud of the achievements of the University and their health service partner and he was confident that leadership in research is informing improvements in treatment, and to leading clinicians and other health professionals choosing to work in Northern Ireland. The Minister concluded: "It is a real credit to Northern Ireland to have this recognition and great news for cancer sufferers that they have a greater chance of recovering."