Nordic Women Stand Out Different in Terms of Workplace Affairs 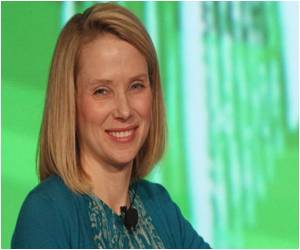 Danish Prime Minister Thorning stressed on waste of a university degree by an educated stay-at-home mom.

Elegant, charismatic and determined, Thorning-Schmidt has headed the Danish government since October 2011, embodying the strides made by women in politics and the workplace in the Nordic countries over the years, though their fight goes on to reach the top echelons of corporate management where they remain under-represented.

Thorning-Schmidt is Denmark's first woman prime minister, but it is a case of life imitating art: in the hugely popular 2010 political series "Borgen", the prime minister is Birgitte Nyborg, who rules the country with a firm hand but struggles to maintain a family life with her husband and two children.


In its first episodes, the show features a modern father who, for a while, is willing to put his own career on hold to let his wife pursue her political career.
Advertisement
In neighbouring Sweden, the husband of the European Affairs Minister Birgitta Ohlsson is one such man.

When their daughter was born in 2010 "he did something unique: he took parental leave from day one, until she was a year old and could start daycare," Ohlsson tells AFP in her large, airy office, acknowledging that she is "very privileged".

Her daughter sometimes accompanied her to work. "I still have the crib and changing table in the back here," she laughs.

Ohlsson, 37, concedes that her husband is an exception: in Sweden, where mothers and fathers can share the 480 days of parental leave allotted per child, dads still only take 24 percent of those days.

That figure is nonetheless high from an international perspective: in Sweden, it is common to see groups of dads pushing their children in prams to the park, taking their "use-it-or-lose it" two months of parental leave reserved solely for fathers.

Yet Ohlsson's appointment to the government in February 2010 while she was pregnant still made waves.

Many political commentators suggested she was unsuitable because she wouldn't be able to care for either her newborn or her job properly -- indicating that social norms still lag behind the gender equal society championed by lawmakers.

In the Nordic countries, women in the workplace are the rule, not the exception, thanks to guaranteed spots for their children in affordable, high-quality daycares.

"Gender equality is a part of the Nordic identity and has been a pillar of our democracies and our welfare models," according to the Nordic Council, an intergovernmental body.

Today, 82.5 percent of Swedish women hold down jobs, though they are more likely to work part-time and hold low-paying public sector jobs, such as nurses and teachers. Women on average earn 16 percent less than men, a gap largely unchanged since 1996 despite legislative action.

The law requires "employers to implement a plan every three years to achieve wage equality," Linnea Bjoernstam, a spokeswoman for the Discrimination Ombudsman, explains, adding that employers who fail to do so risk a fine though none has ever been handed down.

Meanwhile, "it must be noted that while we call ourselves the most gender equal country in the world, we have a very low percentage of women in management positions," laments Rebecca Lucander, the head of the AllBright Foundation that promotes diversity in the business sector.

In its 2013 report, AllBright noted the number of women chief executives in the private sector had doubled in two years, from seven in 2011 to 14 today. But that is still only 14 of the 251 companies surveyed.

And on company boards, women make up 61 percent of substitutes, but only four percent of chair positions, Statistics Sweden's 2012 figures show.

The Norwegian law has not led to a massive exodus of companies moving abroad to avoid the quota, as some had feared, and studies have shown that the change has had little effect on companies' performances.

Nonetheless, Lucander insists that companies need more women at the top, though she opposes quotas because they're not based on merit. She wants to see "real gender equality".

"We believe that diversified companies are more profitable and in that way, Sweden could be a true model for the rest of the world."

With women making up 45 percent of members of parliament, Sweden "is at the forefront when it comes to the division of political power between women and men," she notes.

And yet, it is the only Nordic country that has never had a woman prime minister.

Norway elected Gro Harlem Brundtland back in 1981, and Denmark has Helle Thorning-Schmidt. Iceland has been governed by Johanna Sigurdardottir, an openly gay woman, since 2009. Finland elected Anneli Jaeaetenmaeki as premier in 2003, and hugely popular Tarja Halonen served as president from 2000 to 2012.

"Why hasn't a Swedish woman headed the government yet? I ask myself the question everyday," smiles Ohlsson.

Source: AFP
Advertisement
<< Faulty Protein Digestion in Neurons may be the Cause of Fam...
Money Talks When It Comes to Losing Weight: Study >>

New CEO for Yahoo! Announces Pregnancy, Stirs US Debate on Working Moms
As soon as Marissa Mayer was named chief executive of Yahoo! she announced to the world she's ......