Non-food Plants Could be a Source of Nutrients 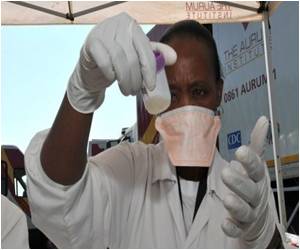 Scientists have found that a plant cell component could be transformed into starch and serves as a source of nutrients.

A team of Virginia Tech researchers has succeeded in transforming cellulose into starch, a process that has the potential to provide a previously untapped nutrient source from plants not traditionally thought of as food crops.

Y.H. Percival Zhang, an associate professor of biological systems engineering in the College of Agriculture and Life Sciences and the College of Engineering, led a team of researchers in the project that could help feed a growing global population that is estimated to swell to nine billion by 2050.


Starch is one of the most important components of the human diet and provides 20-40 percent of our daily caloric intake.

The research was published this week in the Early Edition of the Proceedings of the National Academy of Sciences.
Advertisement
Cellulose is the supporting material in plant cell walls and is the most common carbohydrate on earth. This new development opens the door to the potential that food could be created from any plant, reducing the need for crops to be grown on valuable land that requires fertilizers, pesticides, and large amounts of water.

The type of starch that Zhang's team produced is amylose, a linear resistant starch that is not broken down in the digestion process and acts as a good source of dietary fiber. It has been proven to decrease the risk of obesity and diabetes.

This discovery holds promise on many fronts beyond food systems, reports Science Daily.

"Besides serving as a food source, the starch can be used in the manufacture of edible, clear films for biodegradable food packaging," Zhang said.

More News on:
Seeds: Nutrient Packed Germs of Life Diet, Nutrition and Supplements for Osteo-Arthritis and Rheumatoid Arthritis Undetected Nutrient Deficiencies: the Cause of Ill Health Eat Your Way to Good Health

Canned Foods and Key Nutrients
In a recent survey it was found that canned foods offered a more affordable, convenient way to get ....

Study Says Exposure to Micronutrients Pre-pregnancy Associated With Gene Modifications in Offspring
Babies of women who were given micronutrient supplements before they become pregnant had gene ......

Dieting Women Turning Into SWANNS- 'slim Women Who Absorb No Nutrients'
After trying their hands at a slew of slimming-down methods, women have decided to turn into SWANNS ...