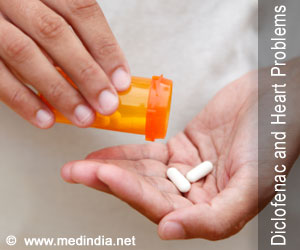 The research, which appears in the journal Biological Psychiatry, finds that the use of compounds called positive allosteric modulators, or PAMs, enhances the effect of pain-relief chemicals naturally produced by the body in response to stress or injury. This study also significantly strengthens preliminary evidence about the effectiveness of these compounds first reported at the 2016 Society for Neuroscience Conference in San Diego, California.
Advertisement
‘PAMs act like an amplifier, enhancing only the effects of the brain𠏋 own natural painkillers, thereby selectively altering biological processes in the body that naturally suppress pain.’

"Our study shows that a PAM enhances the effects of these pain-killing chemicals without producing tolerance or decreased effectiveness over time, both of which contribute to addiction in people who use opioid-based pain medications," said Andrea G. Hohmann, a Linda and Jack Gill Chair of Neuroscience and professor in the IU Bloomington College of Arts and Sciences' Department of Psychological and Brain Sciences, who led the study. "We see this research as an important step forward in the search for new, non-addictive methods to reduce pain."


Over 97 million Americans took prescription painkillers in 2015, with over 2 million reporting problems with the drugs. Drug overdoses are the number one cause of death for Americans under 50, outranking guns and car accidents and outpacing the HIV epidemic at its peak.
Advertisement
Medical researchers are increasingly studying positive allosteric modulators because they target secondary drug receptor sites in the body. By contrast, "orthosteric" drugs -- including cannabinoids such as delta-9-tetrahydrocannabinol (THC) and opioids such as morphine -- influence primary binding sites, which means their effects may "spill over" to other processes in the body, causing dangerous or unwanted side effects. Rather than acting as an on/off switch, PAMs act like an amplifier, enhancing only the effects of the brain's own natural painkillers, thereby selectively altering biological processes in the body that naturally suppress pain.

The PAM used in the IU-led study worked by amplifying two brain compounds -- anandamide and 2-arachidonoylglycerol -- commonly called "endocannabinoids" because they act upon the CB1 receptor in the brain that responds to THC, the major psychoactive ingredient in cannabis.

Although the PAM compound enhanced the effects of the endocannabinoids the study found that it did not cause unwanted side effects associated with cannabis -- such as impaired motor functions or lowered body temperature -- because its effect is highly targeted in the brain. The pain relief was also stronger and longer-lasting than drugs that block an enzyme that breaks down and metabolizes the brain's own cannabis-like compounds. The PAM alone causes the natural painkillers to target only the right part of the brain at the right time, as opposed to drugs that bind to every receptor site throughout the body.

The PAMs also presented strong advantages over the other alternative pain-relief compounds tested in the study: a synthetic cannabinoid and a metabolic inhibitor. The analysis' results suggested these other compounds' remained likely to produce addiction or diminish in effectiveness over time.

While the IU-led research was conducted in mice, Hohmann said it's been shown that endocannabinoids are also released by the human body in response to inflammation or pain due to nerve injury. The compounds may also play a role in the temporary pain relief that occurs after a major injury.

"These results are exciting because you don't need a whole cocktail of other drugs to fully reverse the pathological pain in the animals," Hohmann said. "We also don't see unwanted signs of physical dependence or tolerance found with delta-9-tetrahydrocannabinol or opioid-based drugs. If these effects could be replicated in people, it would be a major step forward in the search for new, non-addictive forms of pain relief."

Painkiller Addiction
Painkiller addiction is the use of prescription painkillers in a way not meant by the prescribing .....

Prescription Drug Abuse
Prescription drug abuse is consuming prescription medications in a way different from that as ......