Nod for Nuckin Futs in Australia 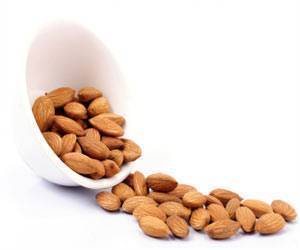 A snack which gained notoriety for its naughty and scandalous name, 'Nuckin Futs', has finally got the official nod from Australia's Trades Marks Examiner. This means that the snack can be sold across the nation.

Trade marks attorney Jamie White argued that the name was certainly not offensive and is part of the common usage among Australians.

A survey carried out by a US university on the usage of words and phrases has found that grammarians would like some of them to be removed from the English language.
Advertisement

"One would have to live an isolated existence not to come into regular contact with the use of the words f... and f.....g," Mr White said.


Even though the product has received the approval for sale, the company has to make sure that it remains out of reach for children.

Usage of Words by Brit Men is What Charms American Women: Jude Law

Infants Learn Hundreds of Words Much Before They Start Talking

No matter when babies start talking, a new study has claimed that infants' brains become acquainted with hundreds of words much before they start uttering them.

Sounds of Words Influence Our Perceptions About Products

Blood - Sugar Chart The Essence of Yoga Calculate Ideal Weight for Infants Sinopril (2mg) (Lacidipine) How to Reduce School Bag Weight - Simple Tips Color Blindness Calculator Vent Forte (Theophylline) Selfie Addiction Calculator Nutam (400mg) (Piracetam) Find a Hospital
This site uses cookies to deliver our services. By using our site, you acknowledge that you have read and understand our Cookie Policy, Privacy Policy, and our Terms of Use