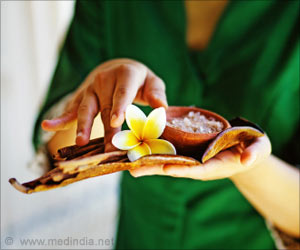 As an example, Padmanaban, pointed out the case of popular Indian spice turmeric and its active principal curcumin. Padmanabhan and his team have been working on a curcumin-artemisinin combination and have found it to be effective against cerebral malaria.


He said, "We have been working with curcumin as an adjunct drug with arteether (a semi-synthetic derivative of artemisinin) in animal models. Curcumin was an ideal adjunct drug to prevent and treat cerebral malaria."

The human body is designed to function at an optimal range possible to preserve the health of an individual.
Advertisement
Padmanaban firther added, "Use of curcumin has yielded excellent results in terms of preventing parasite recrudescence (patients coming back a few weeks after primary therapy). In addition it can also check emergence of resistance to artemisinin, since it can lower the toxicity and dosage of the primary drug. While the researchers are awaiting the Drug Controller General of India's nod to conduct efficacy trials in cerebral malaria patients, pre-clinical toxicity studies and Phase I safety studies in normal human volunteers have been completed."

Despite curcumin's potential health benefits, Padmanaban lamented that it has not been an approved drug even for a single ailment. He said, "Multinational pharmaceutical companies will not be interested since it is cheap and easily patentable. The best option would be to carry out clinical trials with curcumin as an adjunct therapy with the existing drugs and if it could be promote as a molecule for treating specific diseases."

Pregnancy Confirmation Calculator Find a Doctor The Essence of Yoga Sinopril (2mg) (Lacidipine) How to Reduce School Bag Weight - Simple Tips Vent Forte (Theophylline) Daily Calorie Requirements Find a Hospital Selfie Addiction Calculator A-Z Drug Brands in India
This site uses cookies to deliver our services. By using our site, you acknowledge that you have read and understand our Cookie Policy, Privacy Policy, and our Terms of Use