No Woman Should Die of Heart Disease: International Womens Day 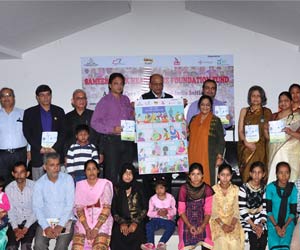 Advertisement
‘About 40 percent deaths among women in India are due to cardiovascular issues. Therefore, there is a great need to create awareness about heart diseases.’

Twenty of them were present on the occasion. The basic ideology of the fund is that no person should die of heart disease just because he or she cannot afford treatment.

Estimates suggest that of the 10 million deaths annually in India, about two million are due to diseases of circulatory system, and women form 40% of those who die due to cardiovascular issues.

Speaking at the press conference, Dr K K Aggarwal, said, "There is a need to create awareness on the fact that women are equally prone to heart diseases. Although most families can afford diagnosis and treatment for women, health problems in them are ignored until a much later stage.

As per law those with an income of INR 21,000 or less are covered under ESI but those above 21,000 are not mandated. This needs to be made mandatory for those above this benchmark as well, including women of the family. At the Sameer Malik Foundation, we believe that everyone, irrespective of the nature of heart disease, should be accorded timely treatment. Our work is evident in the many women present here today and leading healthy lives post treatment."

Kali, a 66-year-old female from Nepal, approached the fund. She suffered an inferior wall heart attack and had severe blockages in two of the arteries supplying blood to the heart. Her family income was Rs 70,000 per year. As part of her treatment, a coronary artery bypass off pump surgery was done at the National Heart Institute. The grafts used were one arterial and one venous. This was followed by a pacemaker implant . She is now doing fine.

In another instance, Madhvi, 22-year-old girl from Mathura approached the fund.  She was diagnosed with moderate PDA - an artificial tunnel connecting the lung artery with the brain artery. She also suffered from episodes of breathlessness and one episode of loss of consciousness during her childhood. A PDA closure was done at the GB Pant hospital using Amplatzer ductal occluder (ADO). With this intervention, a surgical scar on the chest was avoided.

Lauding the efforts, Ms Uma Sharma, said, "It is indeed wonderful to know about the work that the Sameer Malik Foundation is doing for the health of women. Not just this, the fact that they provide treatment free of cost comes a sigh of relief to many who cannot afford it. I congratulate them and wish them all the best in their endeavours."

Another successful case is that of one-year-old Baby Poorvi who was diagnosed with complex congenital heart disease. The heart defects included dextro transposition of the great arteries, large hole in the atrial chambers, and high hemoglobin. An Atrial Switch Procedure (Senning) was done for Poorvi at Medanta, and she is doing fine now.

Mr P K Bajaj, added, "In women, even if they can afford treatment, the level of ignorance gets them delayed diagnosis and treatment. This is something that needs to be addressed at every household level."

The event was also a time to remember the recent tragic demise of veteran actress Sridevi, who may have suffered a sudden cardiac arrest. Whatever the reason be for her death, it is time to acknowledge, understand, and create awareness on women's health and the conditions that affect them. Only a timely diagnosis and treatment can help prevent future complications in women

Cycling Reduces the Risk of Heart Diseases
Cycling can be one of the easiest ways to stay fit. Besides controlling your weight, it can reduce ....

Heart Disease can be Treated by Controlling the Accumulation of Ceramides
Ceramide is a type of fat that helps in the formation of cellular membranes. When excess fat is ......