No Widespread Evidence of Cancer Risk from IVF Drugs: Study 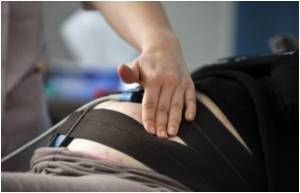 Researchers reveal that a long-term study of women who used ovary-stimulating hormones for fertility treatment found no widespread evidence of a higher cancer risk.

The results appear to contradict a number of studies in recent years that suggested such treatments may increase the risk of the disease.

Doctors have a choice of several hormone drugs to stimulate ovaries to produce eggs harvested for in-vitro fertilisation (IVF).


The forerunner, clomiphene, was gradually supplanted in the 1980s by two other groups -- human menopausal gonadotrophins and follicle stimulating hormone.
Advertisement
In recent years, some studies raised safety questions as the drugs boost levels of the female hormones estradiol and progesterone, which are thought to play a role in breast, ovarian and uterine cancer.

But the new study found "little evidence" of a higher risk linked to hormone treatment, its authors said.

Humberto Scoccia from the University of Illinois at Chicago, who took part in the study, said the long-term picture was "generally reassuring."

During this period, doctors diagnosed 749 cases of breast cancer, 119 of uterine cancer and 85 of ovarian cancer among the group.

The probe did find an increased risk of breast cancer, but not of other types, among a sub-group of women who had used clomiphene intensively -- in 12 or more treatment cycles.

There was no increased risk among those who took gonadotrophins except in a sub-group of women who remained childless after treatment. The study was not designed to investigate why.

Most previous studies had weaknesses, because they looked at small numbers of patients and only for short periods, Scoccia said.

Scoccia cautioned, though, that continued monitoring was needed to see whether any of the newer drugs present any danger.

Most of the women who enrolled in the study are still relatively young and these types of cancers tend to show up in later years, he said in a press release.

The research was presented Monday in Munich, Germany, at the annual conference of the European Society of Human Reproduction and Embryology, or ESHRE, running until Thursday.

Outpatient Hysteroscopy Before IVF Doesn't Significantly Improve IVF Results
A multicentre trial seems to have resolved one of IVF's long-running controversies - whether the ......

IVF Patient In Italy Pregnant With Wrong Embryos: Report
Twin embryos of a couple were reported to be mixed up with a pregnant woman, who underwent ......