No Way! New Zealanders Will Never Give Up Sex, Not Even For Booze 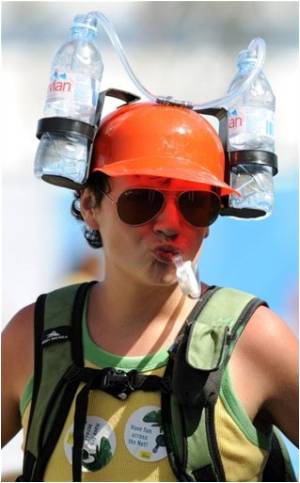 Most Kiwi would rather give up alcohol than forgo sex, according to a new poll.

The Research New Zealand survey asked people what they would be prepared to give up if it meant they could keep having a drink.

Few respondents wanted to give up sex, with only 14 percent overall happy to forgo that particular pleasure for their favourite tipple, reports Stuff.co.nz.

At least they won't be driving home, since virtually no one (7 percent), would give up the car for the jar.

Coffee is another fix that many can't go without, with 7 out of 10 people saying that if the choice was between a hot drink or a cold one they'd head to a cafe.

The internet's favourite pastime, social networking, which recently overtook looking at pornography as the most popular online activity, has hooked so many that about half of people would rather chat online than have a drink with real people.

The poll comes in the wake of the Drug Foundation's first ever FebFast, which challenges people to stop drinking alcohol for the month to raise money for charity.

Research New Zealand director Emanuel Kalafatelis said it was encouraging people were willing to give up alcohol when pushed.

Kalafatelis said when people were asked how long they were prepared to give up drinking for, most said it was for more than a month.

How to Reduce School Bag Weight - Simple Tips Calculate Ideal Weight for Infants Daily Calorie Requirements Find a Hospital Drug Side Effects Calculator A-Z Drug Brands in India Indian Medical Journals Pregnancy Confirmation Calculator Find a Doctor Diaphragmatic Hernia
This site uses cookies to deliver our services.By using our site, you acknowledge that you have read and understand our Cookie Policy, Privacy Policy, and our Terms of Use  Ok, Got it. Close
X

No Way! New Zealanders Will Never Give Up Sex, Not Even For Booze Personalised Printable Document (PDF)